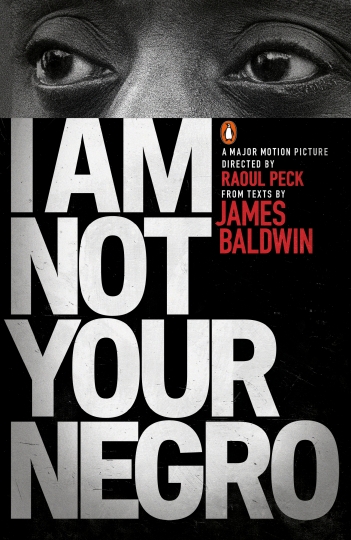 To celebrate the release of Altitude’s Oscar-nominated documentary I Am Not Your Negro (in UK cinemas now), and directed by Raoul Peck, we’ve got two copies of the new tie-in book, a national bestseller in America, to giveaway!

The film is based on James Baldwin’s notes for an unfinished novel ‘Remember This House‘, which is widely considered as one of the greatest uncompleted works in American literature.

Narrated by Samuel L. Jackson and with unprecedented access to James Baldwin‘s original work, Raoul Peck has completed the cinematic version of the book Baldwin never wrote – a radical narration about race in America that tracks the lives and assassinations of Baldwin’s friends, Martin Luther King Jr., Malcolm X and Medgar Evers.

Whilst it is partly anchored in the struggle for equality in the 50s and 60s, I Am Not Your Negro is about what it means to be black in America today. By confronting the deeper connections between the lives and assassinations of these three men, we uncover a larger narrative of America’s historical and current denial and irrational relationship with race. This ‘history of violence’ is also told through the long simplified narrative that Hollywood recounts as a story between ‘good’ and ‘evil’ or ‘right and wrong’, reflects our current racial precariousness.

We’re very pleased to have two copies of the book tie-in to giveaway, to be in with a chance of winning just RT the competition Tweet below:

Produced by RÉMI GRELLETY, RAOUL PECK and HÉBERT PECK, I AM NOT YOUR NEGRO is screening in UK cinemas.