To celebrate the release of Three Billboards Outside Ebbing, Missouri from Fox Searchlight, this Friday 12 January, we’ve got one set of wonderful official merchandise to giveaway which includes a book of the screenplay and a baseball cap!

Three Billboards Outside Ebbing, Missouri is a darkly comic drama from Academy-Award winner Martin McDonagh (In Bruges). After months have passed without a culprit in her daughter’s murder case, Mildred Hayes (Academy-Award winner Frances McDormand) makes a bold move, painting three signs leading into her town with a controversial message directed at William Willoughby (Academy-Award nominee Woody Harrelson), the town’s revered chief of police. When his second-in-command Officer Dixon (Sam Rockwell), an immature mother’s boy with a penchant for violence, gets involved, the battle between Mildred and Ebbing’s law enforcement is only exacerbated.

Have a read of our 5-star review right here, and watch the trailer for the 4-times Golden Globe winner now: 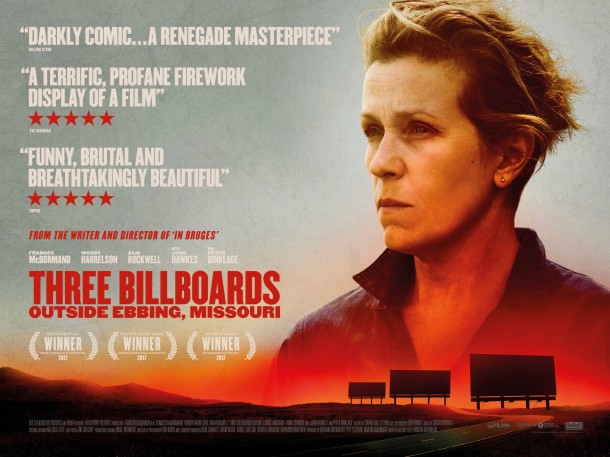