To celebrate the release of Kogonada‘s simply unique Columbus – Out now on Blu-ray/DVD – that stars John Cho, Haley Lu Richardson, Rory Culkin and Parker Posey, we’ve got a copy to giveaway!

Network Releasing’s special two-disc package of this critically acclaimed film is very special indeed, Columbus is a tender meditation on life by Writer and Director Kogonada and features both lauded and award-winning performances from its stellar cast that includes John Cho and Haley Lu Richardson.

Burdened by the future,the mismatched couple find respite in each other and the architecture that surrounds them.

This release also features a bonus booklet, which includes an exclusive interview with the Director!

Columbus is out now on Blu-ray and DVD. 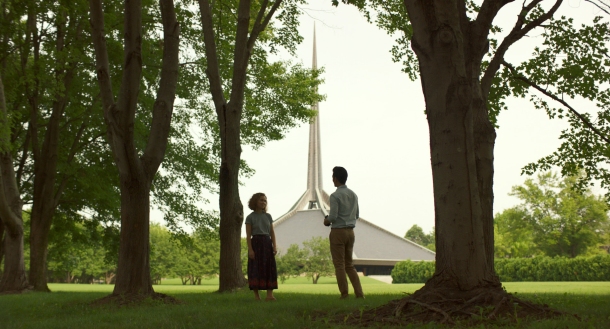