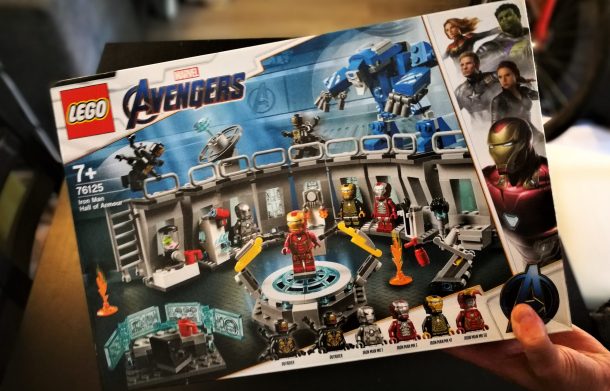 We’ve loved the recent years with LEGO and their unique, specific designs that celebrate some of pop culture finest creations – Click here for all our coverage and individual reviews so far -and so I’m very pleased to say that this LEGO Avengers set is no different! Here, we’ve build the Iron Man Hall of Armour to give us the closest look possible at this superb setup and share back what we thought of the build process, and also the end result which is, of course, a huge part of the entire LEGO goodness.

It’s immediately clear of the iconic nature of Iron Man Hall of Armour (Set 76125) modular lab build, not only now because of the poignant undertones after the sheer epic nature of Infinity War and Endgame, plus the last 11 years of Marvel films, but also because it represents a true, modern hero in the MCU and outside of that as well. I’d be surprised if this wasn’t an instant favourite amongst newcomers, regular builders and super fans because, after all, who doesn’t want that hall of Iron Man suits among their collection, it’s Tony Stark’s ‘wardrobe’ after all and it’s definitely our jam.

What comes with the set?

Set 76125, to give it the official number, contains a whole host of ‘wants’ if you’re looking for all the Iron Man tech. What’s particularly special is that it can rebuilt in numerous ways as well, so the experiences and experiments will never end.

Coming with the mini-figures of the Iron Man MK 1, Iron Man MK 5, Iron Man MK 41 and Iron Man MK 50 suits – plus I added my own previous collection – there’s also a couple of Outriders to cause trouble and also the Igor Suit mech, which you can place any mini-figure of your choosing inside of, well, we’re assuming that’s Tony Stark of course. 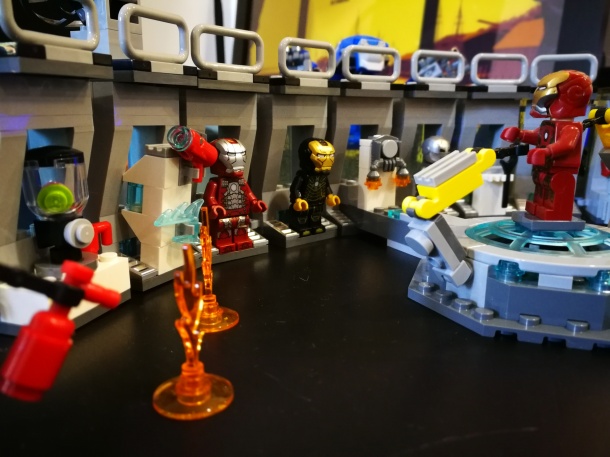 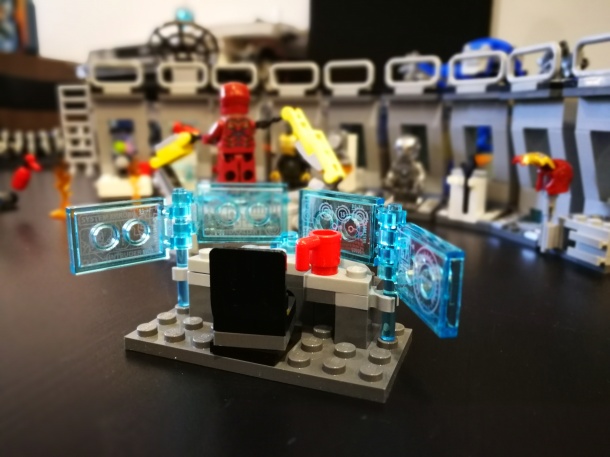 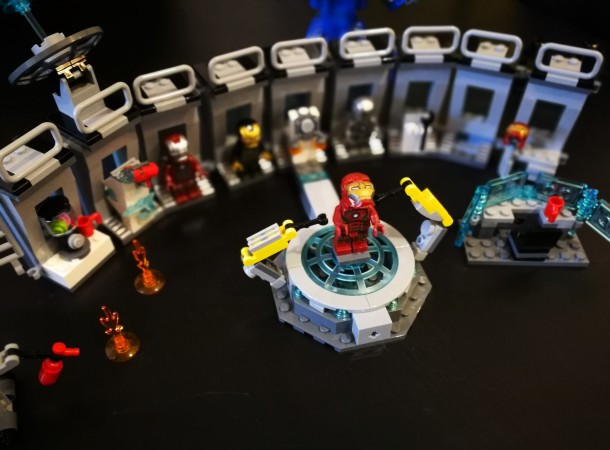 The next big thing about this Hall of Armour is that we’ve all wanted it for ages, I can’t say I haven’t and I doubt others could either and because it’s so versatile, you can switch and move elements constantly. It’s prime for a re-build, sculpt and for anyone from ages 7 and up, and up.

You’ve got the awesome translucent-blue screen desk, the coffee maker and cup for some brain help, that rotating podium with 2 posable robotic arms (which I still see in my head as the one from Avengers Assemble), and all the modules are detachable and movable, as you wish. Oh, importantly, you get Stark’s face and hair elements so you can swap him in and out of the various suits.

How did the build go?

I had no problems at all with the build at all and while I will admit it was a reasonably fast one, as the elements are very similar as you connect it all together, it’s such an iconic set to have that it doesn’t disappoint in any form. What’s next for LEGO you say? Unlimited possibilities in this day and age of LEGO, they’re on fire!

NB: Talking of fire, the set also contains a Jarvis-like extinguisher for when you, imaginatively, get over-excited and things catch alight… with small additional flames. Great touch. 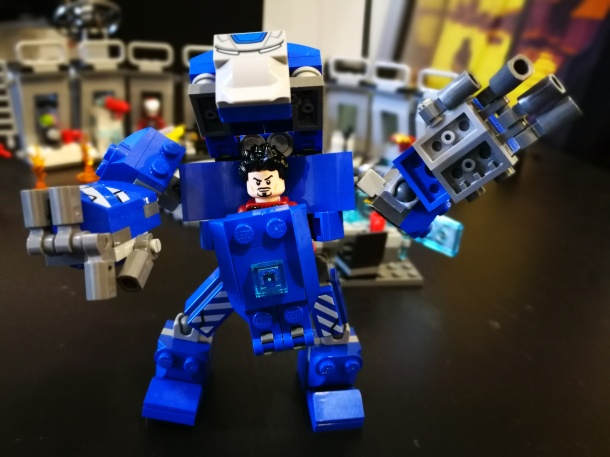 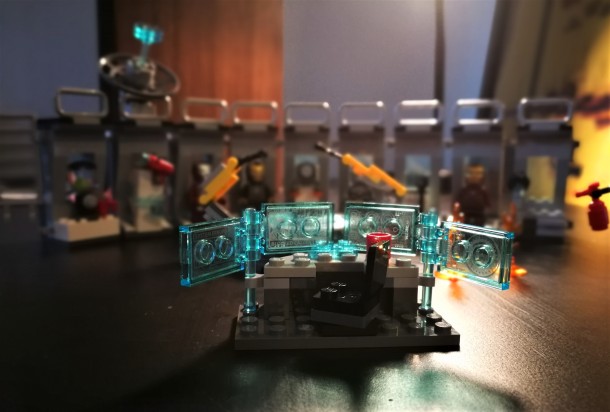 We all love this set here at CP, it’s smart, clever, simple but so effective. It’s out there with a RRP of £54.99 and available from Argos, Amazon, LEGO and more. We expect it’ll sell out initially but also wouldn’t be surprised to see it return – One more thing, watch our speedy build bonus below!