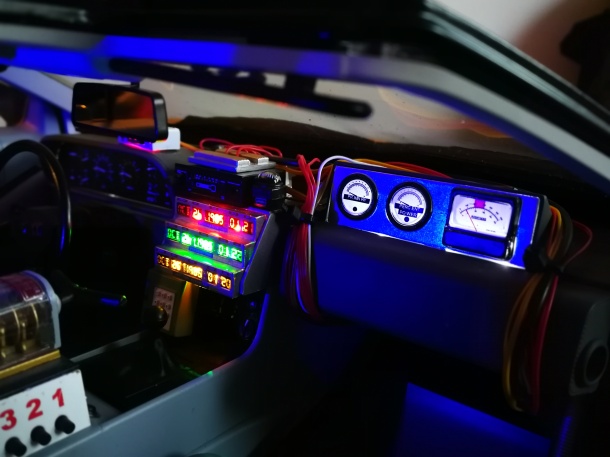 If you’ve ever seen one of those ads that encourage you to ‘Build Your Own [insert awesome thing here]‘ and wonder what it’s all about, well, I’ve been taking up the challenge! As well as a huge love for Back to the Future, the thought of building my own DeLorean was too good to miss.

With Parts 1-113 already done, how the years have oddly flown by, I move onto the next 13 parts in one handy summary post and, given the scale of how far I’ve come and the amount of parts, this is more of a picture diary of progression. While last time out it really did start to look complete, we’re still not quite there but it’s almost sorted completely. Crazily, it all begun in February 2017 and while I don’t think I’ve ever quite committed to making anything over 2 and a bit years, maybe it’s just a little insight in how long it can take to make a film, write an album, maybe even a book… is commitment a good thing? Absolutely.

As I always say, if you need any help on ANY part we’ve covered so far, just leave a message and I’ll always endeavour to help or give advice, accordingly. I’ve found new ways to get things sorted, pushed parts a little more than you probably should but… it’s looking really smart right now. There’s not much left now really and whilst the parts are really stretched out issue to issue, I’d get gather a collection and then do them together, it’s much more satisfying, hence this post!

Look at those lovely exhaust cowls!

But it looks class, right? 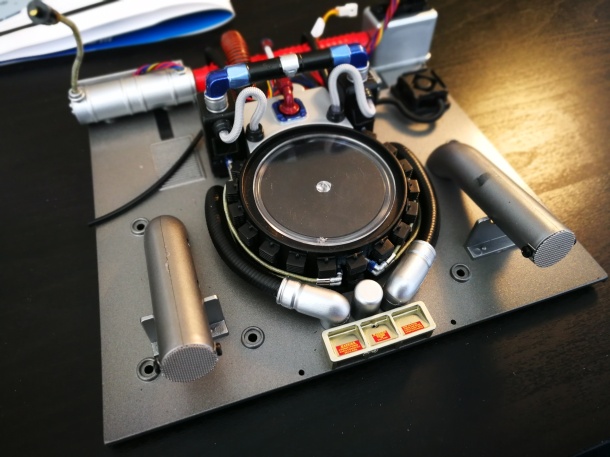 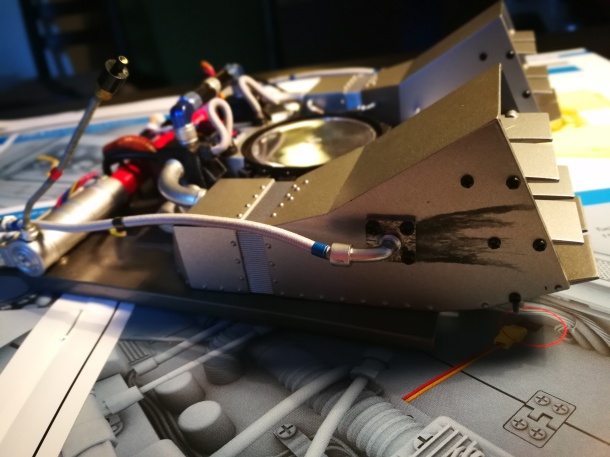 And a closer look…

…even with the small parts…

This is incredibly tough to put together but…

…and the real V6 engine you spent ages on, about to be covered by the reactor..haha!

These go together rather simply, thankfully!

Stickers and more for cables around the reactor

And because we’re SO close to the finale, final look – It’s time for a general overlook at the beauty of the build. Whilst I can’t let you pick it up, currently I think we’re at around 8.5KG, it doesn’t cut any corners when it comes to details and depth. Sure, they could very possibly speed up some sections, there’s no honest doubts that a few of these later issues could be merged into one, everyone who sees it is pleasantly surprised at the small details, whether that’s the lights inside, the dashboard or the whole back section – which is iconic – it means you’re building something impressive.

Here’s nearly the very last look at the complete build, just five parts to come and then we’re done!

And lights off at the back, nice eh? 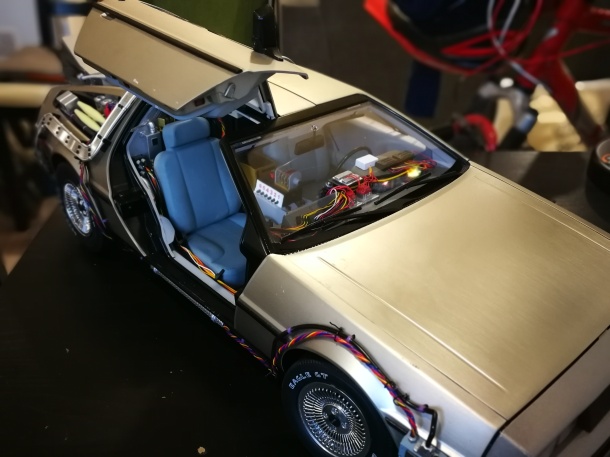 Yes, I have an issue with other door…

Edge of the reactor and those wheels…

A little closer look inside

The detailed dash from above

If you want to sign up now to Build Your Own Delorean, from Eaglemoss and Universal, it really is simple to get involved – Also, follow my blog along the way (we’re nearly there!) as I endeavour to prove that anyone can do this and it end up being pretty darn cool.