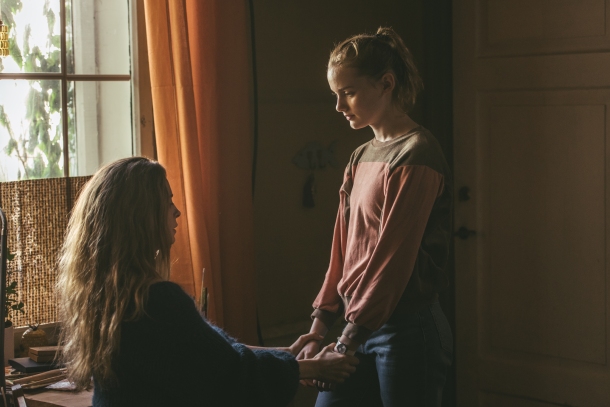 Phoenix (Føniks) is Norwegian writer/director Camilla Strøm Henriksen’s directorial debut feature that places us inside unsettled family life and tells the story of 14-year-old Jill (Ylva Bjørkaas Thedin), who has to be the adult, instead of just being a child, to her mother and brother. This isn’t your usual estranged family story though, as events subtly become both literal and figurative, so you’re not entirely sure what’s real and what are the hopes – or dreams – of Jill are, as she seeks to bring stability.

The story is told from her viewpoint, portrayed with composure and presence by the excellent Ylva Bjørkaas Thedin in her debut feature appearance. It’s clear she’s the responsible adult in her family, not only does she need to care for her unstable mother Astrid (Maria Bonnevie) but she’s her psychological balance as well. Inventing stories to encourage her to find a positive light when she feels low and hoping to catch a moment of ‘normality’ in her day-to-day but, sadly for Jill, Astrid is lost in her world and you can see the echelons of her connection to existence fading slowly. 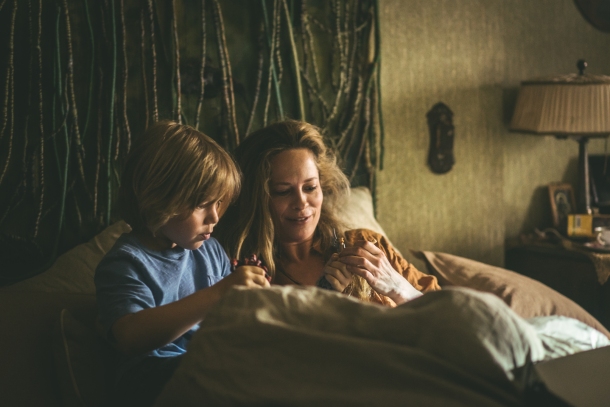 Jill’s younger brother Bo (Casper Falck-Løvås) appears to be aware that something isn’t right but, overall, seems pretty oblivious to the reality of the situation. When you consider his age, this is understandable, but Jill also looks after him, cooking dinner, sending him to bed when he tries to stay up and generally being the mother of the house. To throw more into the mix, it’s also Jill’s birthday coming up and her estranged father (Sverrir Gudnason), who’s a musician and we gather left a long time ago, is due to visit. But after some turns and twists, Jill is already hiding a secret and her only aim? Having a nice birthday without the saddening chaos of her mother.

Her birthday arrives, as does her father, and the two kids are whisked off to his expensive flat, on the surface it couldn’t be more different from their home with their mother. White, bright and bathed in sunlight, it’s introduced to us through a kaleidoscope effect and we see how the space envelopes everyone, which is the opposite of her mother’s home. From the messy, dark and complicated everyday, this is suave, simple and seemingly perfect. These contrasts are subtle though and while Jill tries to have the perfect birthday with her father, moments start to filter in regarding her secret and it’s not long before her guilt over the event, that I shall not mention here, is metamorphosed in a visual form.

Phoenix is a slow-paced, contemplative drama, with stories slowly developing among the vines that tie and twist around the family. Even with what we know or learn, there are clearly stories and secrets we don’t. This type of development makes for an intriguing viewing experience while also highlighting how quickly some kids have to grow up, plus exploring the effects of extreme situations and how it can both focus and twist the mind, of anyone.

Bjørkaas Thedin (as Jill) is captivating, secretive and sharp. She knows her mother isn’t well but she is also aware that no matter how much she does to help her, she never seems to get better. Jill takes on the role to look after those around her but, just as importantly, she decides that her own life won’t be destroyed by her mother’s psychological problems. This is achieved sensitively and sharply, Astrid isn’t the stereotyped ‘crazy’ woman (with little sense for reality), she could be suffering from a number of disorders and you see how she struggles with even just watching her children, this is especially highlighted in an early scene when she doesn’t know how to process her son’s messy bedroom but tries to fight her inner fear, if unsuccessfully. 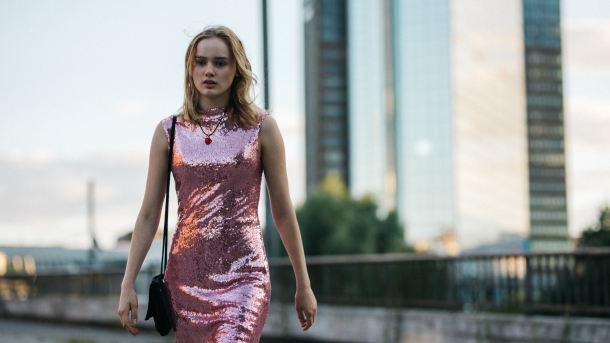 Jill may also, occasionally, feel cold-hearted but she’s a fighter, she knows her own power – even if she doesn’t always understand it – and is willing to do what it takes to have one day with little disruption. But will everything play out the way she wants it to, or will reality take hold? This is a smart, sensitive and beautifully structured drama that takes us inside the life of people you think have many options but, as we all know, not everyone ends up making the story they originally intended to.

Phoenix is out now in UK cinemas, watch the trailer below: