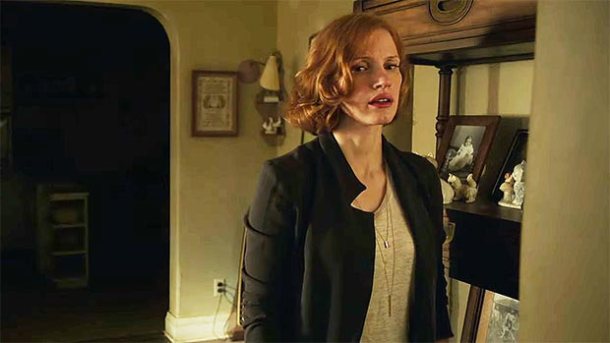 We thought this was an intriguing new film project on the way and so had to share details! The inventive Fox Searchlight Pictures have just announced that principal photography has begun on The Eyes of Tammy Faye in Charlotte, North Carolina. Written by Abe Sylvia and directed by Michael Showalter (The Big Sick), and stars Jessica Chastain and Andrew Garfield. The film is based on Fenton Bailey and Randy Barbato’s acclaimed 2000 documentary of the same name chronicling the dynamic ascent and subsequent demise and redemption of televangelists Jim and Tammy Faye Bakker, as described by Tammy Faye herself.

The Eyes of Tammy Faye is set to be an intimate look at the extraordinary rise, fall and redemption of televangelist Tammy Faye Bakker. In the 1970s and 80s, Tammy Faye and her husband, Jim Bakker, rose from humble beginnings to create the world’s largest religious broadcasting network and theme park, and were revered for their message of love, acceptance and prosperity. Tammy Faye was legendary for her indelible eyelashes, her idiosyncratic singing, and her eagerness to embrace people from all walks of life. However, it wasn’t long before financial improprieties, scheming rivals, and scandal toppled their carefully constructed empire.

Jessica Chastain had this to say about the film:

“I was deeply moved by Tammy Faye’s story from the moment I saw Fenton and Randy’s documentary, so Kelly and I are thrilled to be partnering with them, Fox Searchlight, Michael Showalter, MWM Studios and the rest of the filmmaking team to bring such an incredible true story to audiences. We are looking forward to sharing Tammy Faye’s story with the world, she was truly a woman ahead of her time.

“We were determined to partner with Freckle Films in its adaptation of the documentary film immediately when Jessica presented Gigi and me with the idea,” said Rachel Shane, CCO MWM Studios. “Under the direction of Michael Showalter and a stunning screenplay by Abe Sylvia, we have an award-winning cast in place and look forward to working with Fox Searchlight to bring this incredible story to audiences.”

Chastain will produce alongside Kelly Carmichael through their Freckle Films banner with Gigi Pritzker and Rachel Shane of MWM Studios. Fenton Bailey, Randy Barbato, and Meredith Milton will serve as executive producers as well as Jordana Mollick of Semi-Formal Productions and Adrian Alperovich from MWM Studios. The film will be overseen by Presidents of Production for Film and Television Matthew Greenfield and David Greenbaum, and Director of Production Richard Ruiz. Fox Searchlight is financing the film and will distribute worldwide.

This is early days for the production, so we’ll bring you all the news as we hear it!