Horror is one of the broadest film genres, appealing to a wide range of audiences. From gore hounds who love the nastiness, mainstream audiences who love a good old jump scare or cinephiles who prefer art-house like Hereditary. However, problems occur when the sub-genres try and change lanes, which is something that Adam Robitel‘s Escape Room attempts to do.

On the surface, Escape Room bears more than a passing resemblance to films like Cube, or the Saw series. It features six strangers invited to take part in the ultimate escape room experience. It soon becomes apparent that this is more dangerous than it first appears as they are forced to use their wits to work their way through a series of increasingly lethal rooms. As the deadly game continues, the players discover they have more in common than they initially realised. 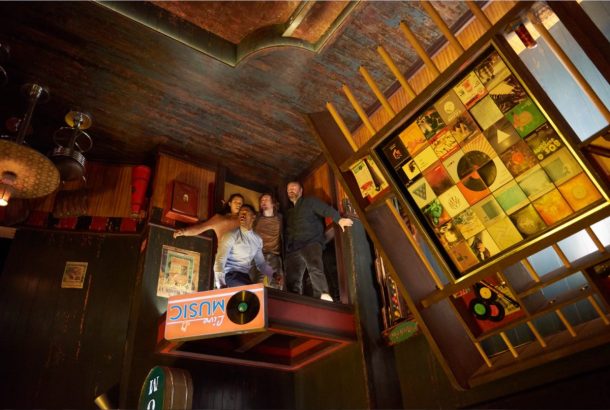 Despite the similarities, when you step back and look at it as a whole, Escape Room is a lot tamer than the films it tries to emulate. I’m not the biggest fan of the Saw films but they’re great at what they do – that is, graphic scenes of torture and elaborate death traps. The problem with this film is that it has a similarly nasty premise but fails to deliver on it.

The film seizes upon the recent trend of escape rooms, which is a decent enough hook, and the escape rooms themselves are imaginatively designed, with each room set in a different environment. To begin with the puzzles are pretty ingenious and in keeping with the room’s themes: The oven room and the pool room in particular are meticulously constructed sequences that build the suspense nicely. As it goes on though, the puzzles become less relevant, the plot loses its way and the resolution is deeply unsatisfying.

The cast is solid, with Taylor Russell and Logan Miller acquitting themselves nicely as the leads, but Deborah Ann Moll undeniably gives the strongest performance in the film. She is shown to be strong but vulnerable and is probably the most competent and realistic character. The little touches of the characters pasts, and the trauma that brings them all together, are the strongest parts of the film but sadly these are few and far between. Unfortunately, it veers towards cliche later on, and one character’s descent into outright villainy, while foreshadowed, doesn’t make a lick of sense in terms of character or narrative.

Ultimately though, what do you want from a horror film like this? Yes it’s derivative but it’s also incredibly entertaining and there’s admittedly a lot of fun to be had working out the riddles and guessing who’s gong to die next. Also while it may be short on scares, there are a handful of really tense moments. The scene where a character is trapped under ice is tangibly horrible and the moment where he floats away, unseen by the people looking for him, is genuinely haunting.

It is possible to make a terrifying horror film with a 15 rating. Independent films like The Babadook and It Follows are proof of this. Escape Room isn’t gory but also isn’t smart enough to compensate for the lack of gore. Robitel tries to have his cake and eat it but it all ends up feeling a little toothless. While it is fun in places, it generally makes for quite a frustrating watch.

Escape Room is out now to own on Blu-ray and DVD – Order here: https://amzn.to/2WwfTzB