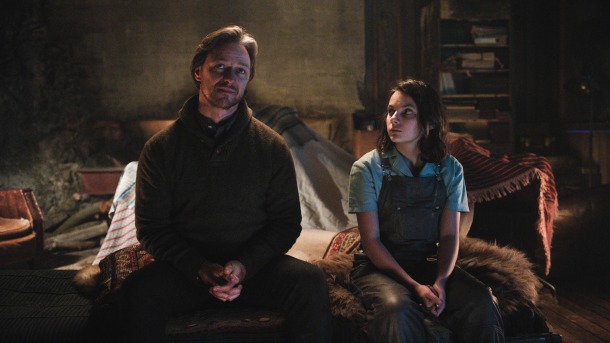 And with that, His Dark Materials concludes its first season. It’s been an interesting eight weeks, watching this version from Bad Wolf/BBC Studios/HBO and screenwriter Jack Thorne of Philip Pullman‘s beloved book trilogy. There’s a lot to love in this adaptation of Book One: Northern Lights but there’s also been some issues that have bugged not only myself but other fans as well. There’s still not nearly enough focus on the Daemons, who often disappear in shots and even whole scenes. Overall, they don’t get enough dialogue or even just simple close-up shots, which can be passed-off as a budget issue but is nevertheless crucial to the narrative.

This is actually something that Betrayal handles quite well, for which I have to give kudos to director Jamie Childs (who also helmed four episodes of the last series of Doctor Who). Childs gives us more of the Daemons, whether it be Pan and Salcillia playing together whilst Lyra and Roger speak, or Stelmaria grabbing Salcillia in her mouth and placing her into Lord Asriel’s machine. It’s not perfect though: despite various Magisterium guards marching on the scene, their Daemons aren’t in-shot either, and Father MacPhail’s Daemon was nowhere to be seen. Given the story that Season 2 will be working from, I hope to see this issue rectified and hopefully by the time of Season 3, it won’t be an issue at all (which will really help the story in that chapter).

Obviously a good chunk of Betrayal is focusing on the character dynamics at play within the series, which allows the episode to breathe a bit. It’s only got a few chapters to work from in the adaptation sense, so Thorne spends the time to give Lyra and Roger a last night together – a calm before the storm, as it were – as well as to allow Lyra and Lord Asriel to actually talk. James McAvoy and Dafne Keen are a joy to watch and it’s nice to see Lyra really confront Asriel, which I feel was somewhat downplayed in the book (from memory, at least). We even get a great little moment when Mrs. Coulter (Ruth Wilson, on fire once again) spares Asriel’s butler Thorold (Gary Lewis), hinting at a history between the two – which, of course, there would be if she was Asriel’s mistress. It’s also great to see Lord Asriel and Mrs. Coulter finally meet on-screen, allowing McAvoy and Wilson to act opposite one another. It’s just wonderful to see these key moments acted out on-screen and with a cast as good as this, it’s brilliant television.

I was also pleased to see that Pullman’s original ending to Book One: Northern Lights mostly remains in-tact, albeit with Will’s journey into the other world shown as well. Northern Lights‘ ending is so bleak and ambiguous that I thought it would make for a brilliant cliffhanger to Season 1, and I’m glad to see that Thorne agreed. Keen perfectly sells Lyra’s grief at Roger’s death, and the fear of not knowing what’s coming next. Lyra must make a journey into another world, find her father, discover the truth about Dust and make a great betrayal. This first season may be over, but the story continues next year… 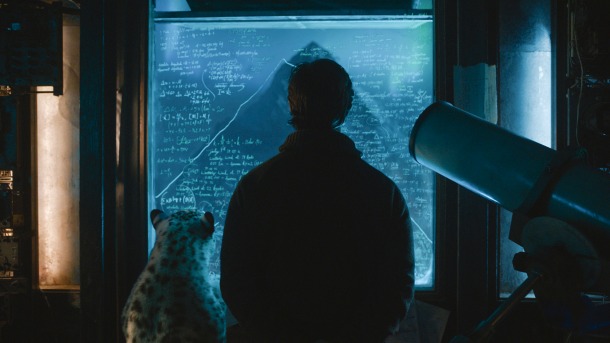 Betrayal marks for a strong season finale for His Dark Materials, boasting some wonderful vistas (seriously, the cinematography this week was exquisite and the production values top-notch), cool bear action (and emotion, with Lyra and Iorek’s parting) and a foreboding ending. It’s been a pleasure to watch Lyra’s journey unfold on television and even though it’s not been perfect, I’m still very happy with this adaptation and can’t wait to see how the makers tackle Book Two: The Subtle Knife next year.

Catch up on our entire His Dark Materials S1 blog by clicking here, and let us know what you thought of the series in the comments below.