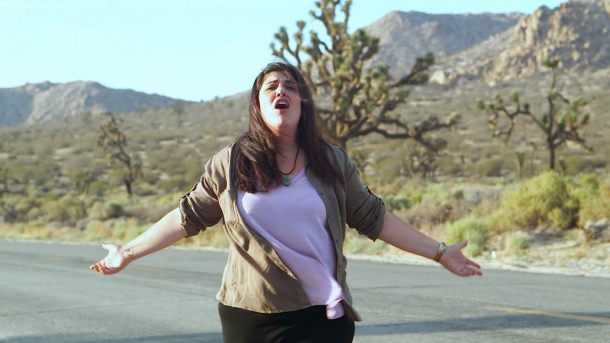 2017 offered us some truly original wonders when it came to film shorts and, although we’re now into 2018, Jax in Love is no exception and deserves your attention. The pioneering short tapped into the damaged female psyche of Jax (Rakefet Abergel) a young woman trapped in the desert, yet that seems to be the least of her worries.

As the short progresses she proves that she’s just as hostile than the desolate wasteland of the American West. Despite her shortcomings, her endeavour was strictly focused on finding ‘that’ connection with someone in a slightly more neurotic way than her potential suitors would have hoped for.

Jax in Love is a rare breed of film short, in it’s relatively long-short run time of 20 minutes you’re treated to a feast of macabre insanity from the slightly eccentric female lead protagonist on the hunt for her twin flame. It seems as though every time there’s an unhinged female protagonist in a film, it get’s critiqued as a ‘feminist masterpiece’, yet to treat the short as such seems like a defilement of the masterpiece that director Colin Campbell and writer and star Rakefet Abergel created.

Jax in Love is also Abergel’s debut screenplay, yet, she’s no stranger after appearing in the likes of Superbad and My Best Friends Girl, but let’s hope this is the start of Abergel moving on from her cameo roles into the lead she deserves to be. It’s palpitating pace will have you sweating more than when you watched Single White Female for the first time. The unpredictability and ascension into complete chaos within a matter of anxiety-provoking moments, has put this up there amongst my favourite shorts of 2017.

Find out more about the film on their official FB page: www.facebook.com/JaxInLove 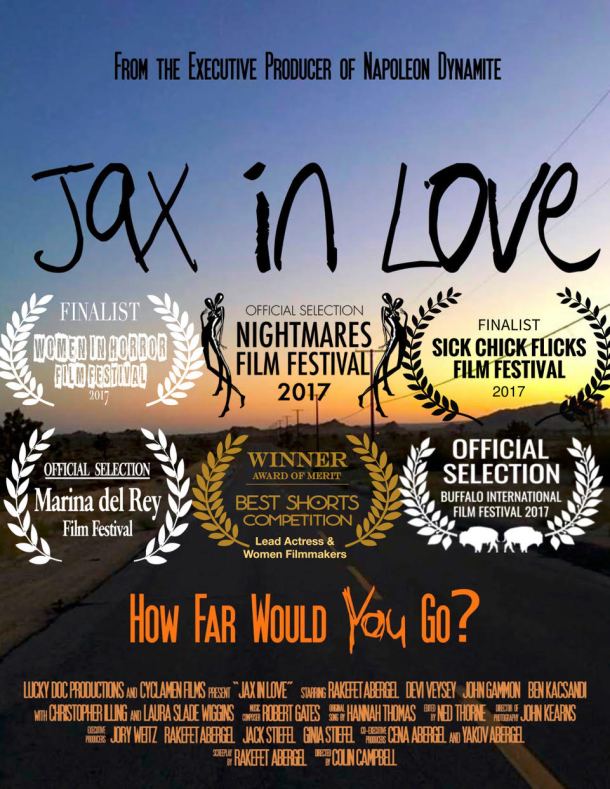 One thought on “Jax in Love: “A brilliant unpredictable short from Rakefet Abergel” [Indie Review]”