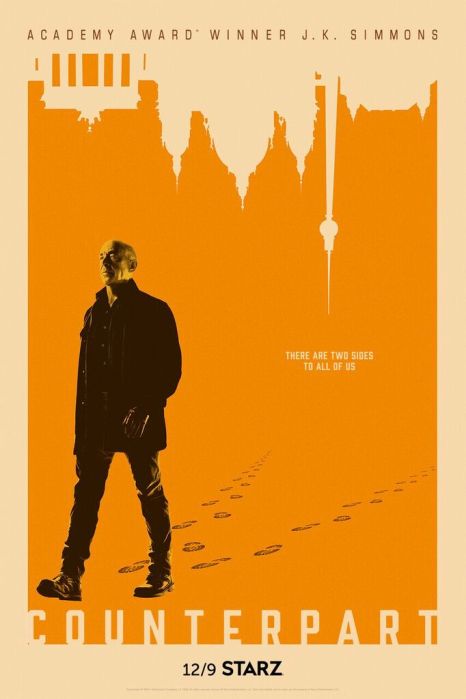 If you’ve even been half considering checking out the J.K. Simmons-starring Counterpart on Starzplay, then get on that now because 1: You won’t regret it and 2: Season Two has just been confirmed to return exclusively on 9 December on the Starzplay channel on Prime Video at 8am!

As well as recommending Counterpart ourselves, read our preview here, the first season was such a critically acclaimed success that it’ll return for a 10-episode second season with Simmons as well as new series regular Betty Gabriel (Get Out, Westworld) as Naya Temple and the excellent screen-legend James Cromwell.

Produced by MRC and distributed by Sony Pictures Television, “Counterpart” was created by Justin Marks who also serves as executive producer and who will make his directorial debut on the series this season.

STARZPLAY offers Prime members who subscribe to the channel its growing selection of future STARZ Originals exclusively on the same day they launch in the U.S., as well as a range of STARZ series, such as “Sweetbitter” and “Vida” and hit movies including The Hunger Games, Gone Girl, and Birdman in the UK and American Psycho, Reservoir Dogs, and Dune in Germany.