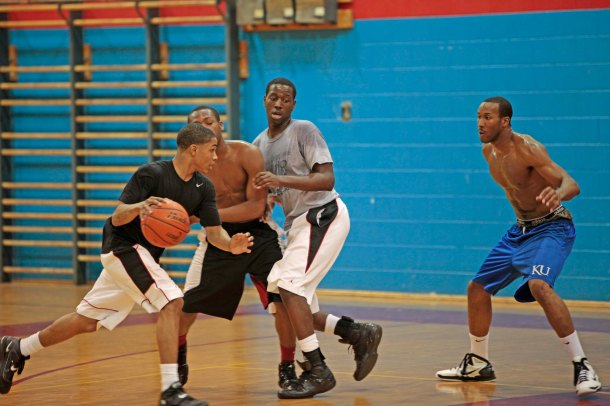 Chi-Town has a simple setup for its documentary narrative, we follow young and talented Chicago high-school Basketball player Keifer Sykes as he progresses through junior level and aims to break into to the NBA. But while Sykes is the main focus throughout, director Nick Budabin invites us deeper into his world as we meet friends he grew up with, his Basketball Coach from High School, the relationship with his cousins and young son, alongside an insight into the rough edges of the neighbourhood that surrounds it all.

Budabin creates a strong picture of a young man who’s been brought up well by his parents and taught to work hard towards a better life for himself. Over time, it’s clear that growing up in urban America and on the outskirts of Chicago is a tough place to escape, especially if you’re trying to stay clear of crime or, worse still, being shot or killed at any given moment.

Kicking off in 2011, we witness Sykes life on and off the Basketball court as he plays through the Junior and Senior Leagues before getting to the edge of the NBA. Along the journey, he’ll experience the loss of friends through shootings and also those seriously injured by the likes of mistaken identity and bad luck. These moments really focus the reality of what we’re watching  for the audience and even more so for Keifer, who makes it clear he doesn’t want to forget where he came from whatever happens ahead.

Personally, having recently seen the state of society for those close to the poverty line in America, Chi-Town is a timely documentary as a statement on the problems there in its own right. The gap between those affording a comfortable existence and those who can’t appears to be growing wider all the time, so what’s uplifting above the souls within this documentary is that its showing us something different, that’s there people fighting beneath it and trying to change it for the better. 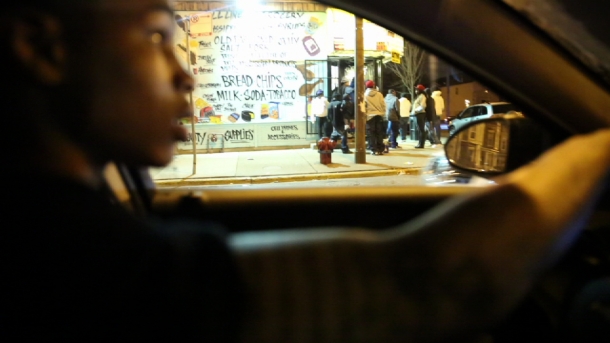 Sykes pretty much narrates his own story from start to finish, and Chi-Town is optimistic in its overall message. Given Keifer’s background and growing up where he does, you’ll learn he has to watch his back at every turn and you can understand why he says life is ‘serious’ there because it truly is. On one side there’s gang violence and all that comes with it, and on the other there’s a hope of a different life, somewhere else to turn to and Keifer shows himself to be a hard-working, honest individual who deserves success in whatever form it comes.

Although, as a documentary, Chi-Town doesn’t quite hit the heights of the expectation it sets, it doesn’t make it any less important as we witness an intimate real-life story that dares to hope and be forward-thinking. What works particularly well is how Budabin’s film highlights that there’s something other than pain and misery for human beings who are often unfairly dismissed by an unbalanced culture around them.

While the sadness does linger underneath for some people in his life, it’s Sykes journey and success that provides a positive shroud of hope for those who look up to him. In truth, it sparks a light in old friends who might otherwise fall away into hopelessness and that, in itself, really shines through and offers us all a positive guiding light in times where we really need more stories like this.

As well as this new iTunes release, the filmmakers are hosting several impact screenings with partners in New York and Chicago where students, coaches, and players encounter film as an art form while exploring its connections to social, economic, and cultural forces with community leaders: http://chitownthemovie.com