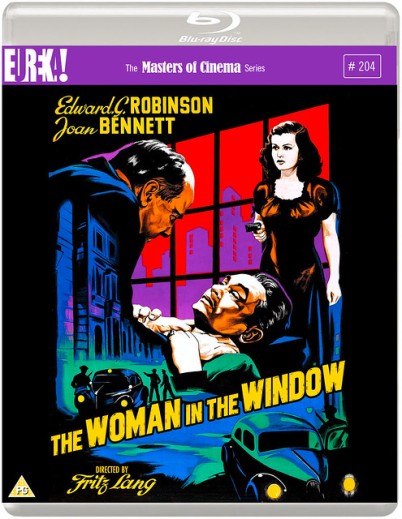 While watching classic, restored films can often throw up the thought of ‘Why haven’t I seen this before?’ I don’t think I’ve ever been as impressed and surprised as I’ve been by my first-time watch of Fritz Lang’s The Woman in the Window. This clearly seminal 1944 film noir is one of the most significant examples of the genre, and it’s full of intrigue, ingenuity and great performances.

Setting us up in Gotham College in New York, we witness Professor Richard Wanley (Edward G. Robinson) giving a lecture on the difference variations of self-defence and murder, it appears his focus is in criminology and psychology, the latter suggested by Sigmund Freud written large on the backboard behind him. It’s such a brief moment that, on a first watch, you barely link it into anything but keep it in mind because along with a number of distinct opening discussions, there are real shadows of a greater plot yet to come.

From here, we switch to him saying goodbye to his wife and two kids off on vacation at Grand Central and then heading off to meet with his two friends at a refined local club. But before he meets his peers, he encounters a striking portrait of a woman in the window next to their venue, he and his companions discuss how they’ve all seen her, and wonder about the reality behind their ‘dream girl’ in the painting.

After drinks in the club and discussions about adventures and daring exploits being far behind him, now he’s middle-aged, he picks up the biblical “Song of Solomon” or “Song of Songs,” from the Old Testament, and begins to read with another drink and reminds the concierge to tell him when it’s 22:30 as he needs to go home then. After being reminded, he steps alone from the building and takes another look at the painting, lost in the moment of his mind – dreaming no doubt about fantasies and escapism – she appears behind him in reflection, and he turns to see that they may be one and the same. She introduces herself as Alice (Joan Bennett), and while he knows he should go home, they instead head off for a drink because, after all, he’s had more than he usually would to drink and the temptation is too good to resist. Who doesn’t like the possibilities of an unusual, mysterious encounter? 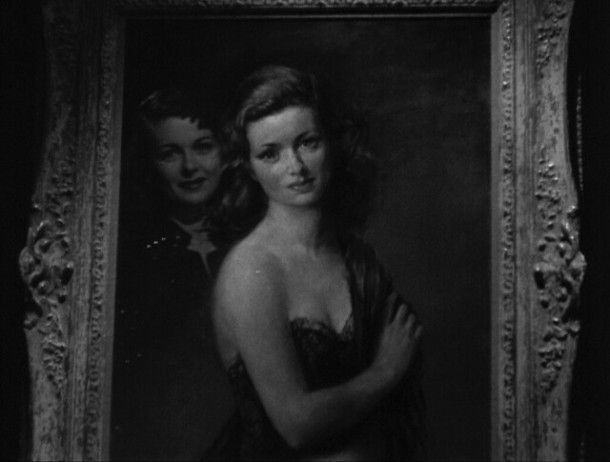 After drinks and an impromptu trip back to her apartment to see some sketches, another man walks in and…. Murder occurs after a struggle. From here, a game of doubt kicks in and somehow they convince each other that covering up the crime is the only thing to do, as neither of them want to be implicated but Richard is more closely linked to the events that follow than he’ll ever realise and as his district attorney friend (Raymond Massey) investigates and a clever bodyguard (Dan Duryea) gets in on the action, the tension begins to build around both him and Alice. 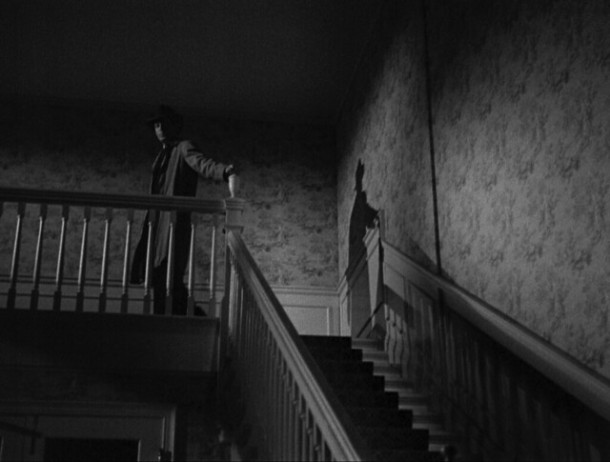 While this is a tough to discuss without going deep into spoilers, my above mentioned progression is all important. Whilst each moment might seem simple and speedy, the discussion and focus throughout Lang’s film is about desire, longing and then the consequences of getting involved with something you shouldn’t have in the first place. It delves deep into the psychological element of fear and lust, and how the two can create a moment that changes everything, forever. However, it’s done so smartly, and so inventively, that if you don’t know how the story plays out, you’ll love it. I went straight back in for a second watch, especially from the opening quarter or so, it’s a film that easily deserves more than one viewing.

This is a classic thriller, seeped in the early beauty of film noir and suspense that keeps you guessing throughout, Edward G. Robinson gives a compelling, focused and honest performance alongside Bennett’s clever and alluring Alice. It’s also quite wonderfully shot, way ahead of its time, with a constant use of mirrors and reflections, creating both scenes within scenes and development of the story playing out before us. Not only do the reflections represent our characters own fears but it goes to a deeper, more personal level as it builds the tension and show their every worry and motivation. The scripting is natural and easy to be taken in by, The Woman in the Window really is an absolute must-watch for not only an historical significant film noir but also in film-making itself, watch it and be inspired and positively surprised in equal measure.

The Woman in the Window (Masters of Cinema) comes to Blu-ray from Eureka on Monday 20 May, order now: https://amzn.to/2EjGycF