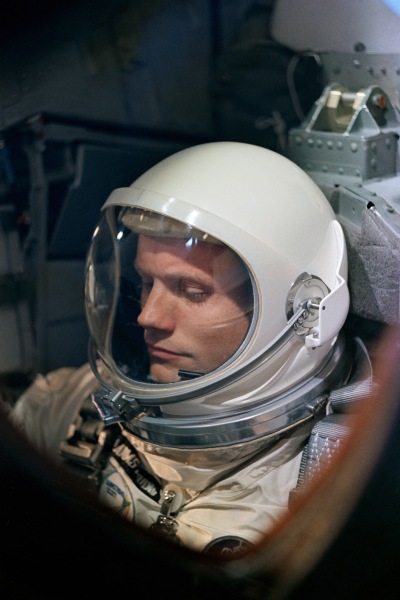 There’s a plethora of Moon-landing-related films this year, fictional and documentary, and it’s extraordinarily because it has been fifty years since humankind first stepped out onto the surface of the moon, against all the odds. For this specific case though, and of course this review, this wasn’t any old human being who first felt the fine grain of the lunar surface under their boot, it was one very unique individual: Neil Armstrong. And, even more fascinatingly, it took a curious chain of life-long events for him to arrive at that famous step.

Directed by David Fairhead, Armstrong is a well-crafted documentary using archive footage from NASA and friends, plus modern-day interviews with those who were still with us, at the time of filming. While the end credits song almost ruins the reality of the achievement of space travel, you’ll hear it, it’s just a minor distraction to the wider scope of history that it’s easy to quickly erase, thankfully. Moving on, there’s an awful lot to admire here, and not just in the achievement of important day, but furthermore a documentary that seamlessly blends material old and new, to re-create the compelling story of Neil’s life and that, in itself, is more than enough to be captivated by. 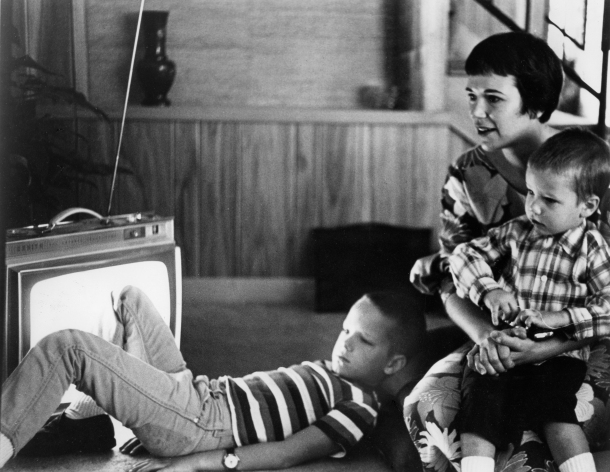 The one and only Harrison Ford narrates Neil’s own words, inspired no doubt by his own flying obsession, and it really does fit both the fame and style that we come to learn from Armstrong’s friends and family. From Neil’s obsession with building planes during his childhood in Ohio, to gathering his flying license before his driving license (can someone find a way for me to do this as well, please?), right through his education, his pilot involvement during the Korean War, the US Space Program and even his life after those significant steps on the Moon, this is a wonderfully thought-provoking documentary, and one that fellow moon-landing and space-loving fanatics will surely adore.

Intriguingly, if you’ve seen the Damien Chazelle-directed and Ryan Gosling-starring First Man, then some of this history will be familiar to you. It’s clear that their film, and Armstrong, was made with source material and knowing specifics. Granted, that film takes the bonus of additional, fictional suggestion of certain moments, but from interviews with Neil’s wife Janet, plus those who flew, worked or were friends with him, it’s clear that First Man is even more remarkable. What stands out from Armstrong is that Neil was always adamant that the overall achievement wasn’t just about him, this was a victory for every person involved, from those discoveries in Science and also friends they lost during testing tragedies while in development. 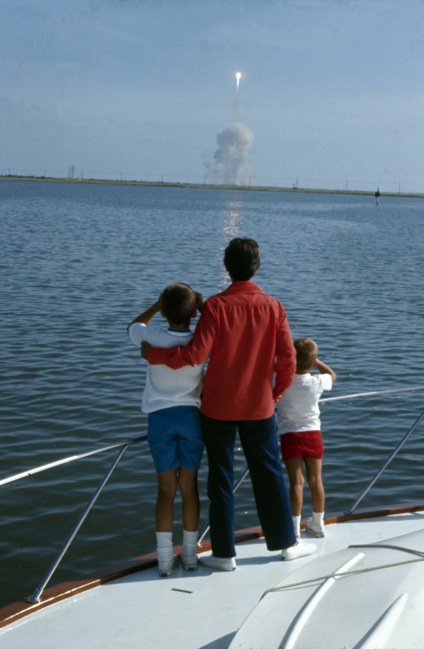 From the deck of a boat, Jan Armstrong (nee Shearon), and her sons Mark (left) and Ricky, watch the launch of NASA’s Apollo 11 mission to the moon, Cape Canaveral (then known as Cape Kennedy), Florida, July 16, 1969. (Photo by Vernon Merritt III/The LIFE Picture Collection/Getty Images)

What’s also astonishing to watch is how calm he was, in genuine life or death moments, before the consideration of the moon landing and Apollo 11 even came along. When you’re watching archive footage of the moon landing itself, it’s amazing how you still feel the tension, especially if you’re aware of the fuel and landing ‘area’ issues, but overall, it’s a definitive portrait of a man unlike any other, with an unerring, unwavering focus in his work. These little sparks in his timeline are what made him a perfect candidate for the ‘poster boy’ of the three but it isn’t just the wider picture though, as Armstrong also holds a dramatic, deeply human element, which highlights that, over time – via interviews with his kids and ex-wife – that his home life also suffered.

These people are forever frozen in history, on a little slice of existence, but it’s still one of our crowning achievements of science, exploration, mathematical genius (the proper meaning) and even pure luck because – at the end of the day – everything worked, just when they needed it to.

Armstrong comes to UK and Irish cinemas on 12th July

Join the discussion at #ArmstrongFilm