Based on an outlandish true story wherein a group of disenfranchised strippers successfully conned dozens of wealthy men during the aftermath of the 2008 financial crisis, Hustlers weaves an entertaining, involving tale of sin and sisterhood that is as complex as it is provocative. 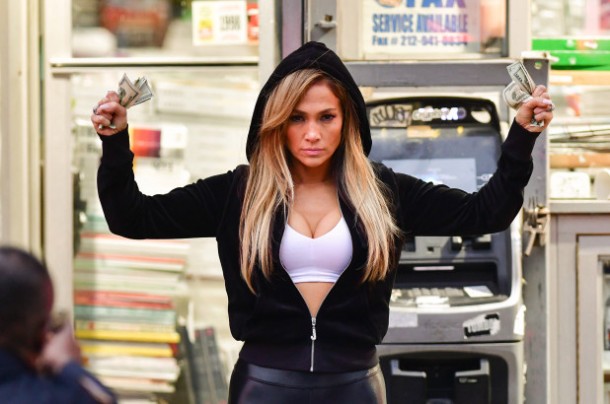 Sexy and seedy in equal parts, Hustlers does a stirling job of blending exotic glamour with stone-cold reality. Its portrayal of daily life within the sex industry is shot in a manner that feels wholly devoted to the male gaze, but this never objectifies the characters – instead it cleverly juxtaposes the flashy dance sequences with a healthy injection of grit, emotion and some dark humour to boot. Never pulling punches, the script and direction serve to juggle lighter moments (some genuinely laugh-out-loud) with a darker, more cynical side that renders characters believable and weighty, despite the story’s more outlandish hustle moments.

Case in point, it’s a film that does away with the simplistic ‘goodies vs baddies’ narrative – a lesser adaptation would have labelled the characters as one or the other and had done with it, but Scafaria’s screenplay and the characterisations therein never go down this route. Instead, every major and minor player is invested with foibles and flaws, as well as empathetic traits that elicit our sympathies when it counts. Audience allegiances chop and change throughout, as we see first hand both justice and injustice play out hand in hand.

As a result, the performances are unmissable – Jennifer Lopez as ringleader and mother hen Ramona proves to be a class act indeed, oozing a breathless cocktail of warmth, confidence and danger from the off. The powder-keg Ramona remains impossible to predict throughout, yet it’s in the character’s softer, more sombre moments where Lopez truly shines, the result being a rounded and engaging mother-like figure who is impossible to dislike, even when events begin to spiral. Likewise, Constance Wu as Ramona’s protege and surrogate daughter Dorothy is a commanding presence from the off, a character that transforms every which way and back across the film in a way that is sudden but never jarring. Both are dynamite together, their chemistry onscreen a delight to watch, even as events challenge their relationship.

The direction from Lorene Scafaria is the true star though – never one to rest on her laurels, Scafaria employs every facet of filmmaking to deliver a textured and involving movie that puts the audience well and truly within the frame. Sound in particular plays an important part throughout, as does the superb editing that hits every beat (funny and dramatic) with skill and ease.

Hustlers is a wonderful surprise – warm, funny, dark and dramatic all at once, the film wears its feminist flag proudly throughout, even in its moments of bare flesh that would otherwise be seen as underhanded and gratuitous elsewhere. For all its provocative moments though, Hustlers is best defined by its powerful themes of family and friendship, bought to life beautifully by some truly arresting, nuanced performances and a director working at the top of her game.

Hustlers is out in UK cinemas Friday 13th September.