After the runaway success of Knives Out, and the fun of Murder on the Orient Express, it seems like the legendary Agatha Christie is having another renaissance and, why not, as it’s timeless work!

This time around, BBC One, with Mammoth Screen, are bringing us The Pale Horse, adapted by BAFTA-nominated writer Sarah Phelps, and coming to screens in 2020. This first shot shows the excellent Rufus Sewell in the lead role of Mark Easterbrook. 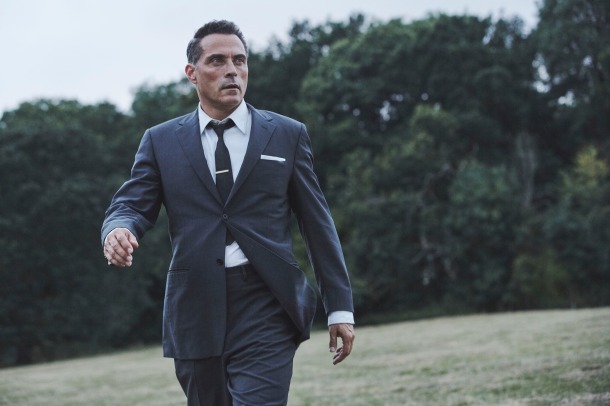 When a murder investigation is launched into the death of a young woman, a mysterious list of names is discovered in her shoe, prompting an inquiry not only to find the killer, but also to understand the list of names. Who wrote the list, and who do these names refer to? One of those named, is widowed antique dealer, Mark Easterbrook, who despite having found love again, with new wife Hermia, is still haunted by the tragic death of his first wife, Delphine. The Pale Horse tells the story of Mark’s investigation into how and why his name came to appear on the list; an investigation that leads him to the peculiar home of a trio of rumoured witches, The Pale Horse, in the beautiful village of Much Deeping. Word has it that the witches can do away with a rich relative, by supernatural means alone…

We’ll bring you more news about The Pale Horse as we received it!