Prevenge is modern indie horror hero Alice Lowe’s writing/directorial/acting feature debut and if you already know her work in the likes of Sightseers and Black Mountain Poets, then you won’t be surprised to learn she doesn’t disappoint with this brilliant dark, twisted, comedy murder drama. Yes, all of those.

Lowe plays Ruth who is 7-months pregnant and deeply troubled by the death of her partner but she’s found a way to survive and it’s by the listening to the voice of her unborn baby who’s telling her to kill people. Beneath the resulting murders you’ll witness, it’s clear that Ruth is in downfall by things gone before, so she takes her rage and focuses it into revenge sprees.

At first she appears to target people either desperate to be seen, or simply unattached to others in their lives. After all, she’s having a baby herself and doesn’t want to put the same fate of single-parenthood on another family-to-be. But as we progress, and although that’s definitely a factor for some (you even agree with her in some moments), it’s also clear it must be connected to people from her past, or survived something that her boyfriend didn’t.

But before we get there, it’s the impressive and important twist in proceedings which is this clever invention of intention, it isn’t Ruth making these choices, her unborn baby is talking to her from the womb and verbalising all her loneliness into violent actions.  Baby is the fury of the past and it’s manifesting to a peak of extremism.

Scared by the midwife (the excellent Jo Hartley) into thinking she might lose her child after it’s born, she tries to start making different choices because although murder feeds an urge, it also drags her true reality into a deep, sad melancholy. This creates the mirage of doubt, is it her baby talking to her, in a subtle high-pitched evil voice, or is simply her own sub-conscious?

These questions roll around throughout but with each victim she stalks, and with each individual outcome, every situation is different and raises different questions. Lowe has managed to intelligently take the heart of those classic 70’s psychological horrors (Don’t Look Now comes to mind) and brings it forward with a lot of dark humour and smart set pieces. Among many great moments, one that stands out for me is a hilarious fight with Gemma Whelan’s Len where Ruth pretends to be a charity worker who knocks on her door. I’ll just say boxing gloves and dog-flap, you can enjoy the rest. There are also co-starring roles for Kayvan Novak, Kate Dickie, and Mike Wozniak plus the briefest of cameos for The Ghoul’s Tom Meeten, another great film.

Prevenge plays perfectly on the fight that’s both within her head and quite possibly within her body as it is shifting and so very close to giving birth to another human being. It’s also a bloody brilliant debut that builds with intensity right up to the final third, I can’t wait to see what comes next from Lowe.

Prevenge is available on Blu-ray and DVD on 5th June – Order it here: http://amzn.to/2ssaQm0 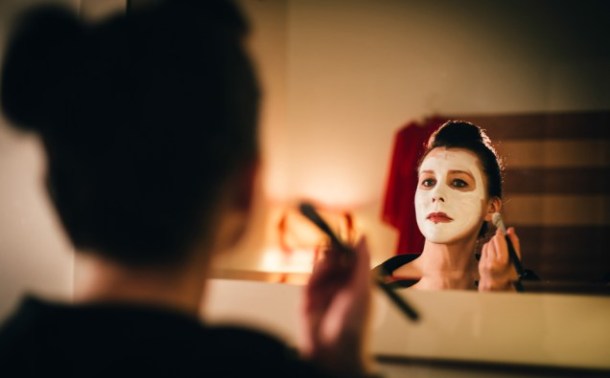