We’ve all seen those adverts that encourage you to ‘Build Your Own [insert awesome thing here]‘ and it’s not often I take up the challenge but, as well as huge love for Back to the Future, building my own DeLorean was too good an opportunity to miss. With Parts 1-35 already done, we move on with the next 8 parts in one hit.

After getting various standard sections into place, this months updates really get further into the cool details we’ve all been waiting for but, saying that, Part 36 doesn’t exactly push the boat out with two pontoons and brackets that only takes around 2 minutes to put together – Not the coolest. But, hereafter, they’ve thrown in a future distraction because after Part 37 finishes off the wheel arches, which means both wheels arches are sorted, parts 38 and 39 are the early days of electronics with wires galore, a chassis plate and even more wires. What are they for? Well, I do believe it’s the basic basis for connecting to the battery pack (previously made) and eventually the lights, dashboard lights and beyond.

Building the engine before the wheel arches

To the early wiring…

Next up and moving on, Parts 40 through to 43 get us, and Eaglemoss, back to the kind of packages we really expect with a whole host of better additions. Now we’re talking about centre consoles, gear sticks that move, pedals (with one of them being properly sprung), that iconic time display with eventually built-in LED Boards.

Plus, see we’re nowhere near being done with these 4 parts, we’ve got the beginnings of the dashboard, button boards, those time circuits, a stereo, that keypad and a sense that the whole base of the inside is taking shape.

Check out the sequence below… 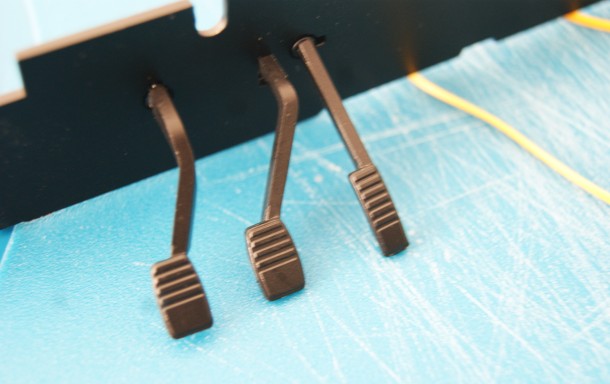 And the spring and connection on the back of those pedals

As you can see, it sits easily in the chassis plate and gives you a sense of the inside

Your power supply below it 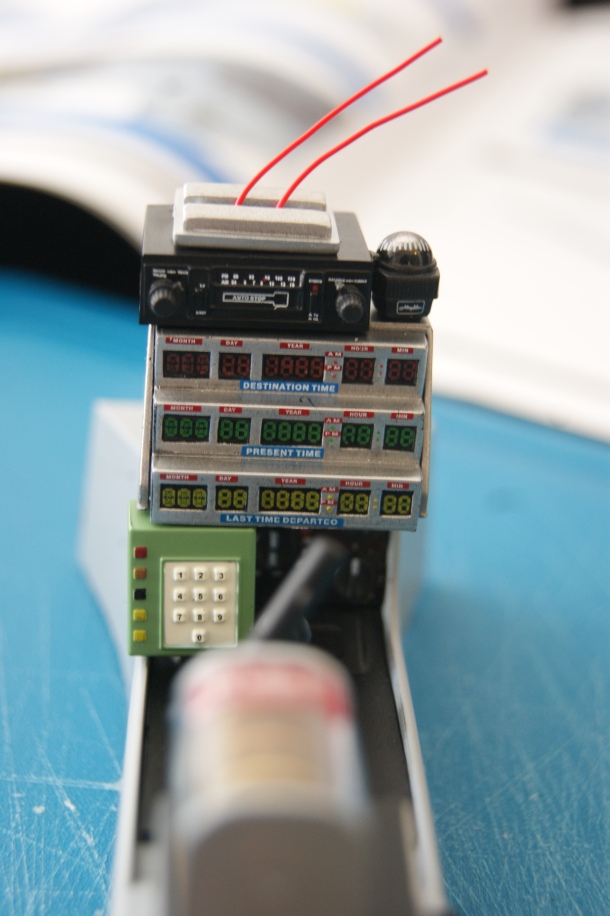 That famous display, it also has bits in behind it to eventually light up

As it all sits so far…

Coming together, why can’t this be faster!!

My only qualm, overall, is the unknown ‘flimsy’ nature of the hovering wheels and the magnets that keep them in place. They’ve taken on a lot of movement already and will probably need a stronger connection at some point in the future. Because of all the pressure on those points while building everything else, it could become an issue but we’ll see on that one, we’ll see.

So that’s where we’re at currently, some of this might sound like something I’ve said before, but these kind of big sections really give it a ‘look’. Sure, the wires are a pain because you don’t really know if the length is what you require (yet) but it’ll be a little customisable, and ‘pullable’ underneath, so it makes sense they’re in at this stage. Let’s see how we get on next time!

If you want to sign up now to Build Your Own Delorean, from Eaglemoss and Universal, it’s so simple and the promises of ‘ straightforward panels and parts that simply click or screw into place’ are true.

Follow my blog along the way as I endeavour to prove that anyone can do this and it can still be rewarding!