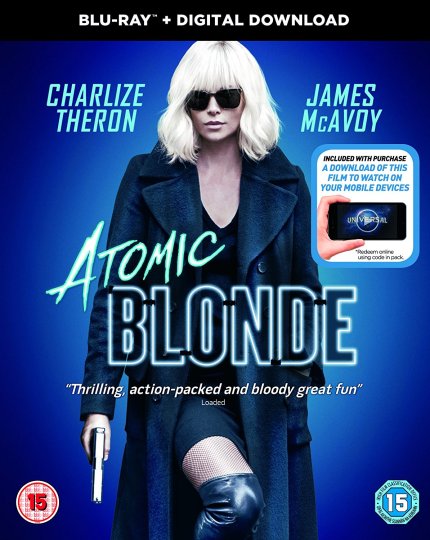 Atomic Blonde is an invigorating, thrilling and rather unique Cold War thriller that plays purely on action and, ultimately, the kick-ass, strong and intelligent wits of Charlize Theron’s Lorraine Broughton, an undercover MI6 agent sent to Berlin to investigate a death and track down other missing agents.

Although marketed in the manner of Keanu Reeves’ John Wick, the pacing is slightly different to that movie and in truth Atomic Blonde is very much its own animal. This is the first-time feature for director David Leitch, who’s previously worked as a stuntman and coordinator on major movies for over 20 years, and he’s got something to be very proud of here. Leitch is also working on the Deadpool sequel, and directed the short Deadpool: No Good Deed, but his experience of the best action sequences and a smart understanding of the importance of the right characters is what works throughout.

While the entertaining action, and simple but effective plot, moves along at well-timed steps, I feel the film wouldn’t be quite as sublime if it wasn’t for Theron. She’s the perfect front woman who shines throughout and is utterly authentic with every twist and turn. When you learn that she also did a lot of her own stunts, Theron has somehow moved beyond my already high, high regards and onto another level – she’s at the top of her game. 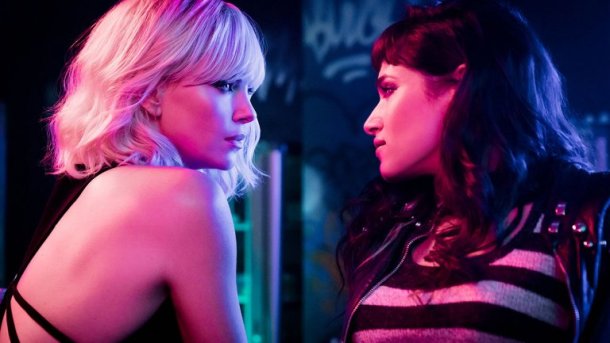 It’s also great to see Sofia Boutella given a lot more focus than she did in the likes of The Mummy, as she’s utilized as both a clever and important character in the world of Theron’s Lorraine. Avoiding spoilers, it’s more fun for you to discover her character, and she brings her A-game as well. There are also smaller roles for John Goodman, Toby Jones and Eddie Marsden, who are a fine trio and the kind of actors who always stand out; and when you’re adding James McAvoy, who leads alongside Theron, this is a strong on-screen ensemble.

McAvoy plays David Percival, an agent working deep in the depths of East Germany and his character is very much living life to the extreme. McAvoy works best for me when he’s balancing that edge of good and evil, and here you’re never quite sure what to expect. McAvoy does not let us down, think of his character in Filth and throw in another dash of the unpredictable and you’ve got the right zone.

Set in a neon-laced East and West Berlin, Atomic Blonde is visually gritty, grimy and brilliant. Its dark-beating heart has a killer soundtrack that fully embraces the industrial music, Depeche Mode included, and a Berlin that sparks out of the night to break your bones, and thrill your heart. Leitch offers his audience some phenomenal fun and it’d be dishonouring the film if I don’t mention the fight sequence that starts in the stairwell. The choreography, the big hits, the commitment and the passion involved is quite, quite glorious and with a captivating and compelling Charlize Theron leading the way, this is one on your must-watch list at any time of the year.

Atomic Blonde is available on 4 December on Blu-ray and DVD – Order now: http://amzn.to/2kkYUCZ