Warrior burst onto the scene in 2011, read my review here, with its original depiction of UFC (Ultimate Fighting Championship) and the powerhouse figure of Tom Hardy, the twist in Haywire is ex-MMA star Gina Carano making her cinema screen début as Mallory Kane, an undercover operative who is hired to take care of complications so your government doesn’t have to.

Directed by Steven Soderbergh, this was filmed just before Contagion and replaces the slow shot, cleverly paced dialogue of the latter with sleek, close-up action sequences that fully punch their weight but also firmly place Gina Carano in a strong lead role, full of self-confidence who is also winning the fight in a man’s world, literally. 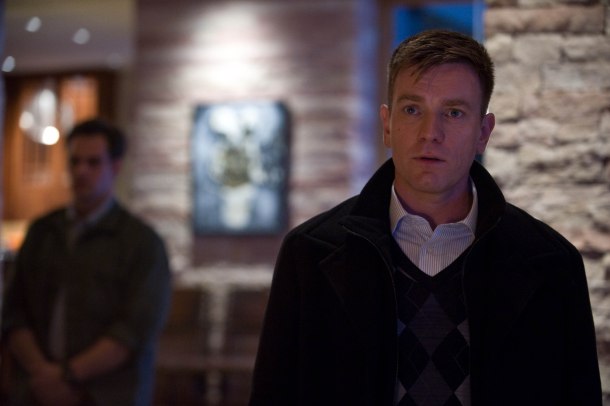 We begin in a small café in wintry New York and Mallory has seemingly been on the run from something or someone, the latter comes to light when Aaron (Channing Tatum) approaches. An initial discussion ensues as he persuades her to leave but what kicks off involves hot coffee, head-cracking and a controlled, yet violent, display of raw power from both parties. It throws you deep into the action from the start and as she escapes the diner, he grabs Scott (Michael Angarano), his car and starts telling him her life story.

From this point, we flash back and forth between now and the origins behind the latest events. We begin in Barcelona where Mallory and Aaron are teamed up to rescue a kidnapped Chinese journalist and although initially this is an undercover cop-style liberation, there’s something boiling under the surface waiting to explode and from this point, everything kicks off as she starts to discover the truth behind her predicament.

Haywire is beautifully directed by Soderbergh, visually suave and faithfully cut with a cool David Holmes soundtrack that bridges the link between battles, however, the film feels a little questionable in terms of who it is trying to target. There’s undoubted black comedic quips, an indie feel, touches of European influence in the vein of Luc Besson’s Nikita and then the more mainstream feel of Jolie’s Salt. Heck, not forgetting to mention Bourne and hand-to-hand sequences that equal those epic scenes from the current trilogy. Throw in roles for the ensemble cast of Michael Douglas, Bill Paxton, Ewan McGregor, Michael Fassbender, Mathieu Kazzovitz and Antonio Banderas and you’ve got to accept that this is a fresh and entertaining concept.

While the film is a little dysfunctional in places, this reflects the characters involved, Carano does have that spark of the unknown and her fighting is unquestionably top notch with passionate efficiency. The sequence between Carano’s Mallory and Fassbender’s Paul is pure, raw and etched on the memory. Where it wins in thigh-crushing choreography, it lacks in narrative, but Haywire is consummately effective as a stylistic and visual treat.

My review was originally published on The Hollywood News in 2012.