Directed by Paul Feig, A Simple Favour focuses around Stephanie (Anna Kendrick), a positive up and coming Mum Vlogger who’s best friends with Emily (Blake Lively) but, in truth, they have an unusual friendship, come from different backgrounds and get on in an ‘opposites attract’ kind of way. Over a week, their lives take a turn for the worst after Emily disappears and we’re given the impression that things may not be what they seem and so, along with Emily’s husband Sean (Henry Golding), Stephanie starts to get caught up in a web of disconnected stories and unusual happenings.

First things first, it’s tough not to consider Gillian Flynn’s Gone Girl when watching A Simple Favour, but because I haven’t read the latter novel by Darcey Bell, it’s difficult to find a fair book-to-film comparison in this circumstance. Gone Girl worked so well as both, the film version really kept the darkness of Flynn’s novel and punched hard with brutal, clever twists and turns. A Simple Favour is like a light version of that film, with all the intrigue taken out. I spent a lot of the film confused over its very nature as well, is it a serious crime thriller or a comedy? Is it doing that on purpose? I never quite felt it settled into a specific style and while you could praise this, I felt detached from the characters.

Also, while Lively and Kendrick spark off each other and, in a hugely positive way, you’re never quite sure of their relationship to-one-another, an integral part of the entire narrative revolves around Golding’s Sean and so it’s not helped with his below par performance. Sean is so far away from the superb work from Lively and Kendrick that it undermines the story and heads into blandness.  I never quite believed any of his motives, not as an adulterer or as a nice person – because he’s supposed to be both – but he comes across as neither.

I enjoy a lot of Feig’s work and because of Kendrick and Lively, A Simple Favour is definitely watchable but it’s not something you’d need to return to for another hit. There could be a discussion over whether they’ve found a niche in the genre with this suburban noir/pop-noir culture-merge but the best ‘noir’ films have a deep darkness hidden beneath the surface. This offers flickering moments of a dark heart but it’s almost dismissed in the same instance and, for me, it’s found wanting because of that half-gesture to an iconic genre. 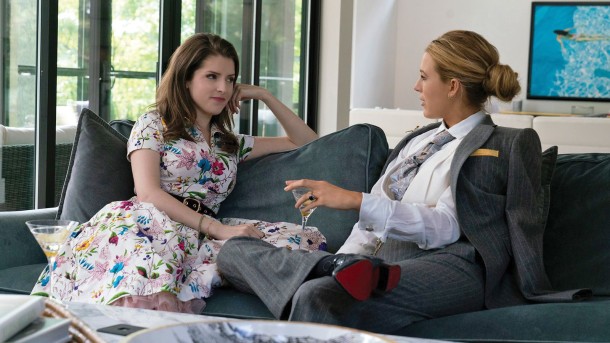 Loads of promise, and great chemistry between the two female leads – Heck, get them their own series – but A Simple Favour genuinely lacked in the surprise I hoped was coming, if you’re a fan of the likes of Gone Girl or more superior ‘twist and turn’ thrillers then I think you’d be underwhelmed by it all.

Special Features: The Blu-ray and 4K UHD have a lot of extras, including cast and director commentary and other insight/behind-the-scenes featurettes. Also, the classic Gag Reel, of course, which is amusing!

A Simple Favour is available now for digital download and on DVD, Blu-Ray and 4K UHD from 21st January 2019, courtesy of Lionsgate Home Entertainment UK.