While you can easily immerse into an impressively-made fictional story of friends and the coming of age process, it takes something exceptional to tell that real-life journey effectively in a documentary. Minding the Gap is Bing Liu’s debut feature, who is incidentally also one of the three men the film focuses on, and it’s more compelling than any imagined life-story, and one of the most remarkable time-spanning insights of everyday lives that I’ve ever seen.

Liu’s film follows three young men from Rockford, Illinois, which is one of many cities in American hit by the recession. Bing, Keire and Zack are connected by their pure love for skateboarding and, as you’ll see, they’re super talented at it as well. The opening sequence is a stunningly beautiful opening tracking shot, tracing our trio as they skate across town and with the kind of freedom you feel in the moment, it really embodies friendship and their relationship to one another. 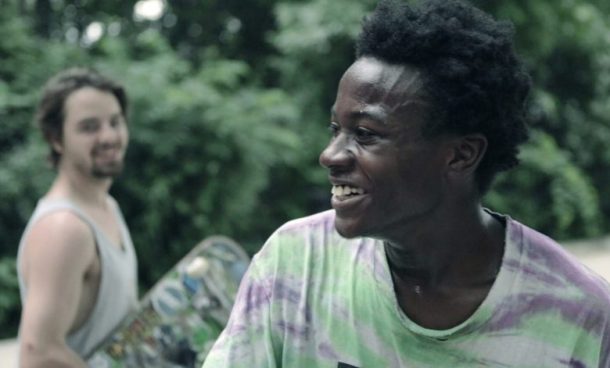 Each personality shines through from the off and even though you’ll learn different parts of their ‘selves’ as the documentary progresses, all three are very likeable, which immediately captures the attention.  Zack is clearly a charmer and the party-soul of the trio and is about to become a father with Nina, Keire is the youngest and living at home with his Mum and struggling to make a plan for what he wants to do next, and then there’s Bing, our director and editor, who clearly always had a love for the camera and making films. Their one true connection? It’s the desire to spend time at the skate park, rather than at home, and this story of why will emerge over time.

The early indications are that they just want to skate, enjoy the freedom of no responsibility and to be, what we’d expect, just normal young lads. While, for me, it already seems an age ago, in reality those carefree days were amazing and somehow they drift away with the clouds the moment ‘responsibility’ comes into your life, and however you decide to treat that. To further this moment, Liu’s film also offers up film flashbacks of their youth, them messing about, setting off fireworks, and showing those instants when you’re trying to find the real ‘you’ inside. 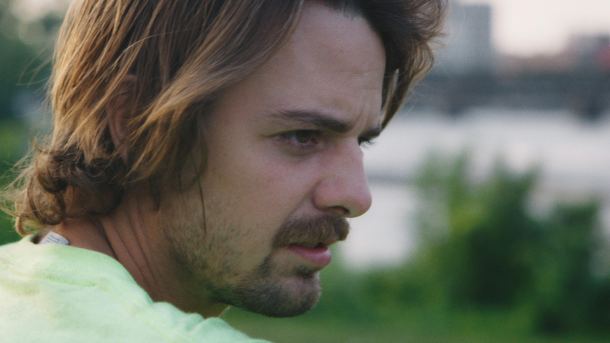 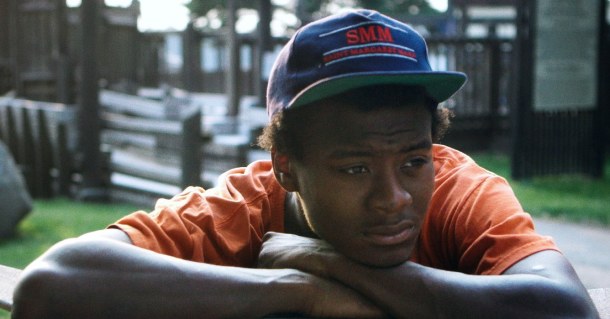 But, of course, a striking story wouldn’t be anything if there wasn’t a deeper, more intrinsic underbelly, just waiting to come up and surprise you. As Minding the Gap delves further into reality, Bing’s perception takes us inside Zack’s troubled relationship with Nina and their son Elliot, Keire’s fight with his past and the desire to connect more with his home and Bing’s secret history with his Mum and Step-Father, the latter who’d already passed away .

From here, this is an intimate documentary unlike anything I’ve seen or had the pleasure (and sadness) to learn about. The ‘gap’ of which is spoken is everything from the evolution from being a kid to becoming an adult, the class system, the acceptance and struggle with past, abusive relationships (with themselves and with others) and even the skip of a skateboard’s edge over the curbs of the city in which they ride. 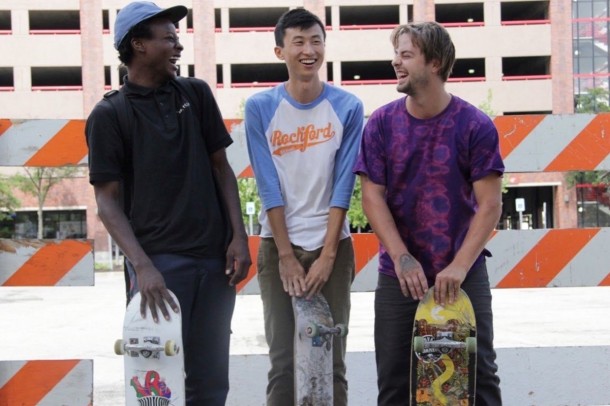 All this is done with such a profound, honest heart that it even opened up suppressed memories of my own. Although they might not be quite as extreme (mercifully) as what these boys went through, it wasn’t far off in some circumstances. But, most of all, it made me think of my brothers and the very different upbringings we had, and the need to re-explore that. So, in consideration, this became more than just another documentary and a momentary insight into the lives of others, it’s the very base of everyday people.

Minding the Gap is also captivating due to super-smart editing that pulls you into each individual life story with absolute precision, while the time-lines do skip forward suddenly, across just 93 minutes of runtime; it works so well that you don’t even notice it. Bing’s film is a deep, human exploration of the transition between being a kid and having to grow up and find who you really want to be, no matter how hard it is to get there. It’s outstanding.

Minding the Gap comes to DVD from 29 April from Dogwoof.

Order it here: https://amzn.to/2L8EHNB and visit their official website: www.mindingthegapfilm.co.uk