In the new horror thriller Child’s Play, a boy is given a Buddi doll – an amazing walking, talking toy, powered by Artificial Intelligence, so it’s like having your own little pal to play with. Unfortunately, the doll appears to have a somewhat sinister side, which means Buddi doesn’t act quite like it says in the instructions! Aside from being a brilliantly entertaining, shock-packed and often amusing horror film, Child’s Play isn’t so far from reality and acts as a gentle warning to maybe, just maybe, rein in the uses of AI in the modern world. Here are some real life examples of creepy technology, robots gone wrong and strange voices in the night, that suggest that not all gizmos and gadgets are to be fully trusted…

At first glance, the Amazon Alexa device is a useful and revolutionary gadget for around the house. Your wish is her command – she’ll playing a music track you request, answer a question, supply a recipe or order something online. People were delighted with the results – until some Alexas started acting a bit peculiar. Last year, one owner claimed the device issued a “very loud and creepy laugh” in the middle of the night. Other users claimed theirs have also been prone to nocturnal chuckles. What could have been so amusing to the in-house helper – perhaps she was dreaming of her takeover of her human masters…

In 2016, Jesse Newton from Arkansas, posted on Facebook about how his robot vacuum cleaner inadvertently smeared dog mess all over their house. The Newton’s had forgotten to take their puppy out before bed, and, as a result, the little dog did its business on the living room rug. Then, disaster struck – the vacuum cleaner, programmed to operate at 1.30am, proceeded to drive through the dog mess, and left a 25ft trail through all the rooms. Mishap, or robot revenge for making it do all the cleaning? Whatever the case, pets and robots don’t mix… well…

In 2011 a man was trapped for an hour in an automated self-cleaning toilet in Vancouver when the door malfunctioned and locked him in, and he had to be freed by two men prising the door open with a crowbar. This wasn’t an isolated incident. Did the toilets malfunction, or were the robot toilets simply lonely and want the company? Trains in the UK now have talking toilets, that tell you all about the facilities from the moment the door is locked. What if these toilets decide they want to extend the conversation – you could be trapped in there the whole journey!

THE CURIOUS CASE OF THE CELEBRITY CHECKOUT

Shoppers at Marks and Spencer’s got a bit of a scare last month after the self-scan checkouts started talking to them. ‘What’s odd about that?’ you say. Well yes, we’re all used to the scanner saying ‘place the item in the bagging area’, and, inevitably, ‘remove the last item from the bagging area’. What the shoppers were not expecting was the robot tills to have the voices of Ant and Dec, Amanda Holden and Alesha Dixon, as part of a promotion for Britain’s Got Talent. Rumour has it… it was enough to drive some punters to a can of M&S Mojito. 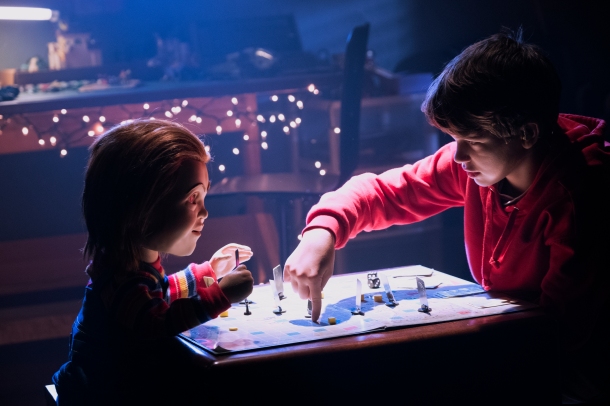 How on Earth did we cope before the advent of satellite navigation systems in our cars, able to guide us the fastest to way to the very name or number on a street? Extremely useful – not least because it was always so difficult to unfold a map inside a car – but it still pays to be wary, as SatNavs aren’t foolproof. In one of many incidents of dubious directions, a group of British tourists were stuck in the middle of the Australian outback, after their SatNav mysteriously sent them down a muddy dirt track to nowhere. It’s like the plot of a horror film…

A robot, called ‘Little Fatty’, designed to play with young children, went on the rampage at a Chinese tech convention in 2016. When someone asked Little Fatty a perfectly innocent question, the droid blew a fuse, smashed its glass display booth and rammed into a convention visitor – who had to be stretchered away. It took numerous staff to wrestle Little Fatty to the ground and wrench his power pack out. The robot has been permanently unplugged following its alarming antics…. for now.

Child’s Play will be released in cinemas on 21 June from Vertigo Releasing – Our review will be live on Thursday evening!