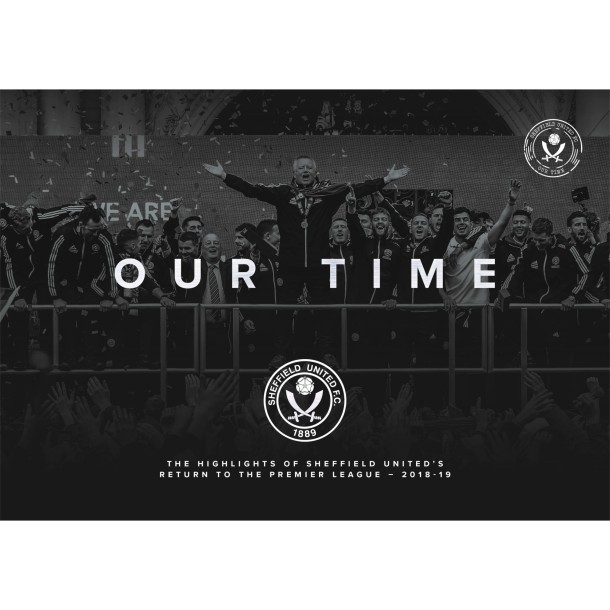 There’s a quote from Sheffield United manger Chris Wilder regarding how it’s important to always want to get better, to achieve more for yourself more than anything, and his United team, in recent years, have certainly done that, both against the odds and also against critics with a modern, forward-thinking way of playing football. In Danny Hall’s (with Kevin Cookson) Our Time, they focus on the huge positives from the 2018-19 season, which saw the Blades earn promotion back to the Premier League, some 12 years after their last time in the top flight.

Opening with a forward from Dave Bassett, the last manager to really encompass a sense of pride into United (not disregarding Neil Warnock but Bassett found something deeper), he talks about how Wilder was when he was younger and his affect on the team around him, and how he was well liked along his career. Bassett is also honest to point out that while he doesn’t necessarily think he had any influence on his future management plans, he’s not surprised because he’s always been his ‘own man’ and – if you’ve been watching the Blades – you’ll see he’s found his own distinct style.

Not only does Our Time offer up individual views from the likes of Wilder, it also gives 11 of the highest appearance makers an opportunity to share their season highlights, which only goes to show the commitment and connection these players have for their club, right through the spine of it all and topped of with Sheffield lad and club captain, Billy Sharp. All their stories recount really special moments for the club, and even when it seemed like automatic promotion was out of their grasp, they kept on and truly reaped the rewards at the end of it all. You can feel the passion just reading their thoughts and memories of top class moments.

Our Time also features a whole host of official photos to recount both the good times and the players enjoying the promotion itself, not forgetting those iconic celebrations when promotion was confirmed in both the city of Sheffield and in the final games. Defender John Egan‘s re-worked and personally written song (Allez, Allez, Allez!) is worth watching, whoever you support. Sure, Wilder may take his players out to celebrate – and it may not seem like a ‘modern’ thing to do – but at the heart of football is the fans, the community, the unerring commitment to a wider hope of success and so they deserved every moment. 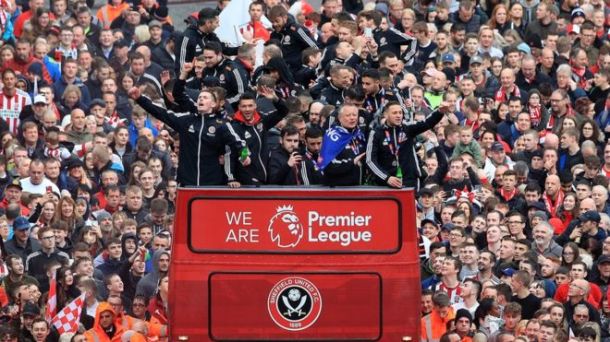 From drinks, songs, top class-modern football and a true passion running through Sheffield United and Bramall Lane, the Blades have a team to be truly proud of, who give everything they can, even when others say they can’t or shouldn’t be there and yet… they’re Premier League. Let’s all hope they can keep surprising, top flight football needs it.

Our Time is available now at the Blades superstore, Bramall Lane and online here: sufcdirect.co.uk/our-time

We also recommend checking out Danny Hall’s book ‘He’s One of our Own: The Story Of Chris Wilder’s Blades Revolution’ – Our review is here!