We’ve been a fan of the fine work from Dorothy for a number of years now, their designs linger effortlessly between the sublime and inventive with classic ease, plus an additional twist of the remarkable. While there are many wonderful print houses out there in world right now, I don’t think pop culture posters and prints have ever been as big, Dorothy offer an utterly unique opinion by adapting existing ideas, likes maps and star-charts, and yet make them completely original. 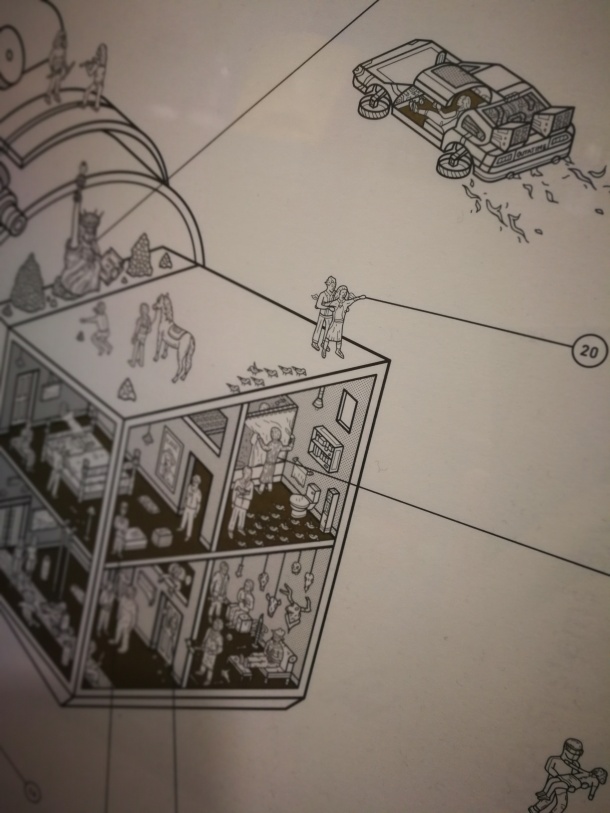 First up, let’s take a closer look at this wonderful Inside Information: Direction’s Cut design, this print goes all the way at including the small details. Based around the Arriflex 35 IIC, one of the most significant motion picture cameras of all-time, this stunning cutaway places a whole host of classic films inside the camera, it’s packed full of iconic scenes including the likes of Taxi Driver, Psycho, Star Wars, Alien, It’s A Beautiful Life and Singin’ in the Rain to name just a selection. Also keep an eye out for a certain Jack and Rose, yup, just on the edge of the horror zone, that might be unintentional but I loved it!

With the concept and art direction by Dorothy, and illustration by Malik Thomas, you’ll be constantly finding little details you missed before and – to be honest – the shot above is how ace it looks on my wall!

Order it here for £30: WeAreDorothy.com/DirectorsCut

I’m somewhat floored by the work that’s gone into their Star Maps, from Hollywood (You can buy either Golden or Modern Age), to Horror, Sci-Fi or even Love (A special BFI Edition), they’ve taken the constellations and created a really smart star-chart that names a selection of the most culturally significant films to have appeared on the silver screen between 1960 and the present day. The stars in-between make up the clusters are the Hollywood actors who’ve appeared in the movies, I’ve got one of the Modern Age Hollywood and I’m also finding names I’d missed initially, it’s also a great talking point for fellow film lovers!

Order one of them here, they start at only £25: WeAreDorothy.com/StarCharts

Fancy going even more in-depth? How about this remarkable, 900-film-title-packed Film Map that’s inspired by the vintage LA Street Maps that has its own Hollywood Boulevard and includes districts dedicated to Hitchcock and cult British horror movies. You’ll see the likes of Jurassic Park, Reservoir Dogs, Cloverfield, A Nightmare on Elm Street, Forrest Gump, Chinatown, The Wolf of Wall Street, La La Land and Bridge of Spies included and the quality throughout every print is top notch and frames are easy to find in the likes of IKEA or your local framing shop!

Buy it now for only £25: WeAreDorothy.com/FilmMap

Finally, for the music lover in me and hopefully you, I had to recommend the Alternative Love Blueprint – A History of Alternative Music. This is a history of alternative and independent music that looks like a circuit board of an early transistor radio. There’s over 300 musicians, artists, managers and producers involved, and the print drifts effortlessly through sub-genres and counter-cultures with tremendous effect through music history. It’s a beauty.

Buy it now for only £35: WeAreDorothy.com/BlueprintAHistoryOfAlternativeMusic

Dorothy combines film, music and graphic design with real style, invention and original ideas and bring them to life in their prints. I’ve got a couple because they live outside of the usual boundaries you find with film, or music, posters so think they make unique gifts!

Head to their site to browse more: WeAreDorothy.com and check out the last Worldwide ordering dates: Dorothy.com/XmasOrderDates