Written and directed by Shola Amoo, The Last Tree is an almost ethereal experience, where the emotions run deep as we trace a line along the life of Femi (played as a kid by Tai Golding and then as a teenager by Sam Adewunmi), a young lad enjoying his time with his foster mother Mary (Denise Black) in the green, crisp surroundings of rural Lincolnshire, until his birth mother Yinki (Gbemisola Ikumelo) returns to take him ‘home’ to a London that, at first, seems far from the world he’s known to that point.

The Last Tree is an undoubtedly emotive and organic affair but very different from your usual drama, with stories set in similar circumstances. While the general tonal shifts could feel slightly disjointed, especially in the latter half, I was captivated by a tale of Femi and a narrative that doesn’t follow the standard conventions.

A lot of this intelligent story-telling comes from both the direction and crisp, soft-focused but honest camera work. Even early on, it’s clear that we’ll be in for perspective from Femi but the decisions are left to linger in the air for the audience. This feeling is portrayed from the start with beautiful cinematography of the idyllic countryside, before soon witnessing Femi’s shifting world changes and how everything to come will be complete opposites. The rural world is displayed as calm, open and relaxed with flickers of spring light and easy friendships but when Femi is taken to London, the world is darker, the corners sharper and the lives around him both tougher (in an aggressive sense) in both the imagery and the people he encounters.

What’s particularly interesting is how the changes of environment aren’t specifically a pro or con, those decisions are down to us and how we feel about the situations. Having lived in the city and country myself, they both have their downfalls and benefits and this can depend on how you see where you are, and what you make from it and, what you make from it, is exactly the story waiting for our lead if he can find it. 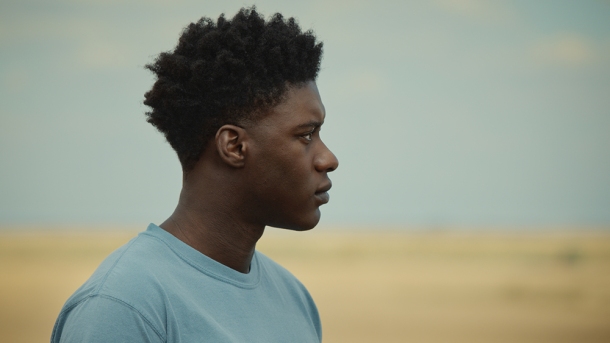 Femi is a compelling watch throughout, even as the younger version, Tai Golding’s portrayal shows us how he doesn’t want o leave the countryside and his foster mother but it’s not his choice either, as his Mum wants him back. After witnessing tough love, we move forward through time, told in a single shot of blurred lights and a switch from Golding to Adewunmi. As we join and drift into Femi’s life as a teenager, his circumstances and friendships have obviously developed but his relationship with his mother remains unsettled. In many ways, it appears he still blames her for all his changes, whether he wanted them or not.

From here, The Last Tree shows us the story of Femi as he adapts and develops as a young man. He’s a smart one but will he head down the right path? It’s interesting to watch as he continually and quickly learns from his surroundings, whether this be to survive or just to stay part of a pack is questioned but it’s up to us to try and work out which way he’ll go. You’re always rooting for him though, and Sam Adewunmi gives a compelling performance full of confusion, strength and honesty – all in one.

The atmospherics of Amoo’s film never fall short for me, this is an inventively made story with true heart. I particularly felt the power of the scene with Femi and his teacher Mr Williams (played by the excellent Nicholas Pinnock), which reminded me of Good Will Hunting and the moment when Robin Williams‘ Sean finally breaks Matt Damon’s Will down to his basic parts and the pulls out the pain hidden deep within, it’s an incredible scene with a perfect score from Segun Akinola helping it build in emotion.

The Last Tree is surprising, original, compelling, even spiritual, and left me with the message that some of us, maybe most of us, prefer the wide-open possibility of hope in our future, and that’s definitely something to admire.

The Last Tree is available on DVD, Blu-ray and digital now. Order: https://amzn.to/310A8ZO