The Doctor Who Series 11 Panel has just wrapped up in Hall-H at San Diego Comic Con. As well as the unveiling of the new Doctor Jodie Whittaker in all her glory, there was also plenty of fun reveals from the cast and crew, not least the full proper trailer containing the first glimpses of the actual new series  – not to be confused with the World Cup teaser from Sunday!

Don’t believe us? Take a look below:

How great was that? Tantalising to say the least, the trailer gives us plenty of great clues as to what new adventures the Doctor and her new friends will be embarking on (as well as our first glimpse at the beautiful new cinematography). Suffice to say, Whittaker looks absolutely fantastic in the role (and we love the northern accent too).

Other reveals from the panel include the official first look at the new Sonic Screwdriver (see the awesome new poster below), the confirmation of a Christmas Special (long-rumoured to be a no-go up till now) and the revelation from showrunner Chris Chibnall that every episode of the ten-part series will be purely standalone – so that’s no two-parters or long series arcs. 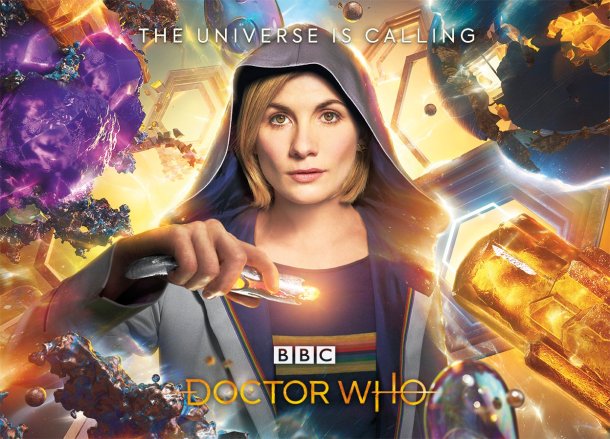