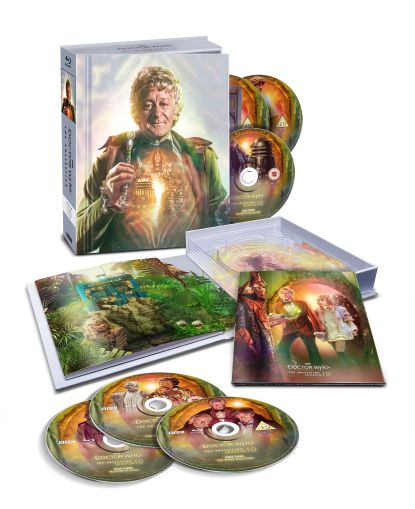 As with previous classic Doctor Who releases, and events that we’ve been heading along to at the BFI, it is great news to confirm that BBC Studios are continuing to offer Who fans the opportunity to build their own home archive on Blu-ray, and this is the first outing for Jon Pertwee’s Third Doctor, with Doctor Who – The Collection: Season 10, which debuts on Monday 8 July, the very day after Pertwee himself would have turned 100.

This is now available to pre-order now from Amazon – And we’ve got even more info below!

In 1973, Doctor Who celebrated its tenth anniversary with a very special story reuniting the first two Doctors – William Hartnell and Patrick Troughton – with Jon Pertwee’s then-current Doctor. The Three Doctors kicks off an explosive, colourful series of adventures across all of time and space as the Doctor and Jo Grant (Katy Manning) encounter the rogue Time Lord Omega, the terrifying Drashigs, the noble Draconians, fearsome Ogrons, deadly Daleks and slithering giant maggots. Season 10 also includes the final appearance of Roger Delgado as the Doctor’s arch nemesis The Master, plus adventures alongside Brigadier Lethbridge-Stewart (Nicholas Courtney) and UNIT.

What a time that was! With all episodes newly remastered from the best available sources, this Blu-ray box set also contains extensive and exclusive special features which include: 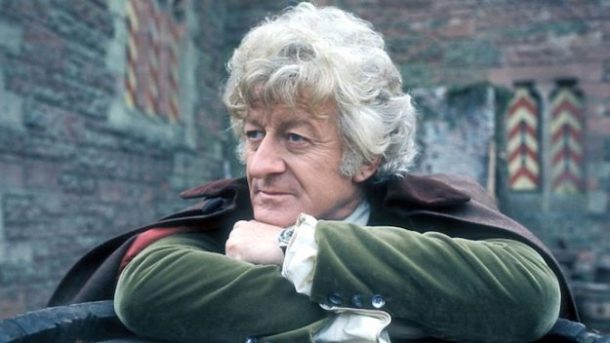 DOCTOR WHO: THE COLLECTION – SEASON 10 includes the following stories from 1972/73: