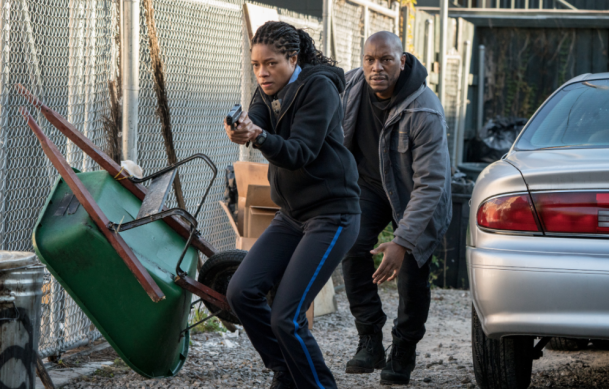 Sure, we’ve all heard the setup of a ‘rookie cop in an extreme situation’ before and – to be honest – before watching, I thought the same, but there’s something distinctly different about Black and Blue, and that might all come down to what looks like an epic performance from Naomie Harris.

Described as a ‘fast-paced action thriller’, directed by Deon Taylor, Black and Blue stars Harris as a new cop who inadvertently captures the murder of a young drug dealer on her body cam. After seeing that it also involved corrupt colleagues, she teams up with Milo (Tyrese Gibson), the one person she can turn to from her community. But, from here, both the criminals and the police are on her tail…

Black and Blue opens in UK cinemas this 25th October.