Colin Trevorrow, director of Jurassic World and Safety Not Guaranteed, has only gone and filmed secret ‘Jurassic’ film Battle at Big Rock and, you know what? It’s bloody fantastic!

I’ve been a Jurassic fan since ’93 and it’s never left me. That perfect balance of escapism and fantasy, the possibility and the invention has always been a part of my entire existence really. This new short really captures all the good stuff and looking at the wider picture, it’s a clever introduction to dinosaurs now living within the ‘human’ world, after they were released at the end of Jurassic World: Fallen Kingdom, this really is a fun and intense piece of work in its own right. 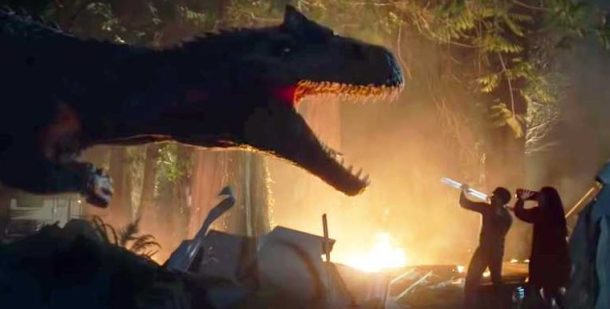 Written by Trevorrow and Emily Carmichael, the short features André Holland (who recently starred in one my new favourites Castle Rock), alongside Natalie Martinez, Melody Hurd and Pierson Salvado. The story takes place one year after the aforementioned film in Big Rock National Park, where dinosaurs are now living in our world.

Check it out now and do let us know your take on it!