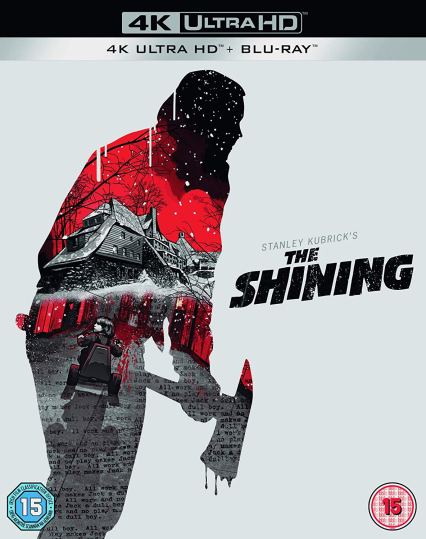 The more I learn about film-making as a whole, the more my admiration for Kubrick’s work grows. Having recently visiting the unforgettable Stanley Kubrick: The Exhibition at the Design Museum, read my review here, and always been a fan of his seminal works, The Shining is one of those that sits up there as an all-time classic. It’s great to see this film has arrived on 4K Ultra HD, from Warner Bros, and it’s out now!

This gloriously intense 1980 masterpiece is also the original 146 minute version of the film, that premiered on 23 May 1980, and it isn’t any old version either, the 4K remastering was done using a new 4K scan of the original 35mm camera negative at Warner Bros. Motion Picture Imaging. None other than Steven Spielberg and Stanley Kubrick’s former personal assistant Leon Vitali worked closely with the team at Warner Bros. during the mastering process.

The 4K Ultra HD of The Shining includes more than three hours of previously released special features, there’s an exclusive steelbook available at Zavvi as well. The Shining 4K UHD features an UHD Blu-ray disc, alongside the feature film in 4K with HDR, a Blu-ray disc with the film in high definition and the special features in high definition. If you’re digitally inclined, you can also pick it up in 4K UHD from select digital retailers.