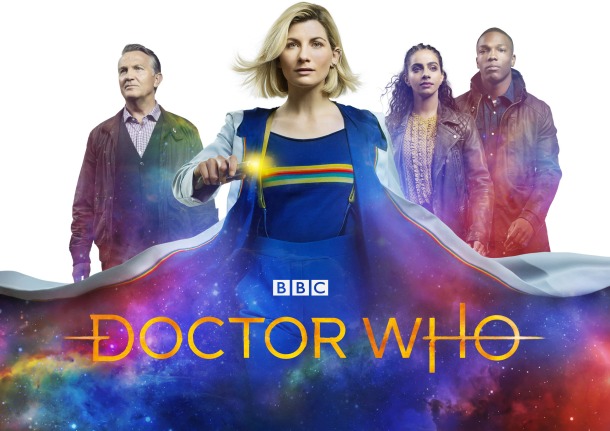 Hoorah! We all had a feeling this is what would happen but it has finally been confirmed that Jodie Whittaker‘s Thirteenth Doctor is in her TARDIS and on her way back to BBC One for a thrilling 10-part series of Doctor Who which lands on New Year’s Day 2020, with subsequent episodes airing on Sundays.

Starting with a blockbuster action-packed two-part episode entitled Spyfall, written by showrunner Chris Chibnall, she’s back with a bang and will be joined by her friends (not companions) Tosin Cole (Ryan), Mandip Gill (Yaz) and Bradley Walsh (Graham). The twelfth series will also welcome a host of famous faces including Stephen Fry, Sir Lenny Henry, Robert Glenister and Goran Višnjić to name just a few.

Also, add on some familiar faces including the Judoon and the Cybermen, Series 12 is promised to be an epic rollercoaster for everyone, just don’t stray too far from behind the sofa…

An actual air-time is TBC but we’d also guess for a 7pm or 8pm kick-off into the prime-time of Sunday evenings in 2020.