In a world of instantaneous opinion alongside immediate ramification, it can be a self-induced addiction to try and write a review the moment you’re out of a screening, while the first feelings are fresh, and the kindling of thought is catching alight. With Once Upon a Time… in Hollywood, I was tempted to do the same – as any of us might – but felt the need to literally sleep on it and ponder on Quentin Tarantino’s 9th, and reportedly last, film.

Upon waking up, I picked out the Pulp Fiction soundtrack, on vinyl no less, and placed the needle down to accompany the morning. For me, this says a plentiful amount about whether I liked ‘OUATIH’ because I was clearly eager to hunt down a late 60s vibe, with the likes of Dusty, and get into a headspace of a new QT-created world and the striking essence of all things Once Upon a Time… in Hollywood.

Written and Directed by Tarantino, his ninth film takes us into 1969’s Los Angeles, where film and TV are changing, and the once lead-star of Western show ‘Bounty Law’ Rick Dalton (Leonardo DiCaprio) is seemingly content to live out his days taking whatever role he can, with no concerns to quality or how it portrays him as an actor. However, these ‘guest’ spots are brought into question when Rick meets agent Marvin Schwarz (Al Pacino), a man who wants to help Dalton back to the big time and gives us Pacino loving his moment, as he channels a few characters from his filmography. 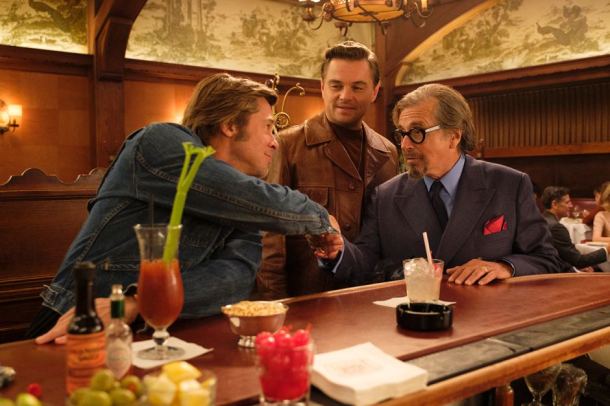 From that meeting, Rick’s self-esteem reawakens and after a discussion with his sidekick, and long-term friend, Cliff Booth (Brad Pitt), he realises that maybe his career isn’t on the wane after all. This setup carries on throughout the film, from start to finish, but as this is Tarantino, there isn’t just one storyline weaving its way but several. However, DiCaprio and Pitt are the clear focus and stars of the show.

DiCaprio is outstanding, there’s no bones about it, as the nearly washed-up old TV actor, struggling to find his new path in life, complete with over-eating and drinking, sweaty moments of panic and highly entertaining actor neurosis, even with occasional bout of tears completing the picture. He’s also boundlessly likeable, this is Leo keeping firm hold of his top form, even when he might be slightly reflecting the trials and tribulations of many other actors in the same, very real, situation.

Pitt is effortless as Cliff, somehow both affable and dubious in his manner but also a perfect foil/balance for Rick, as his long-time stunt man and – as we’ll see – more than capable of looking after himself, which Rick really isn’t. One is inside the bubble and trying to keep afloat, the other outside and using it to his advantage whenever called upon. They’re an entertaining couple… even if they feel they’re losing the industry to newcomers. 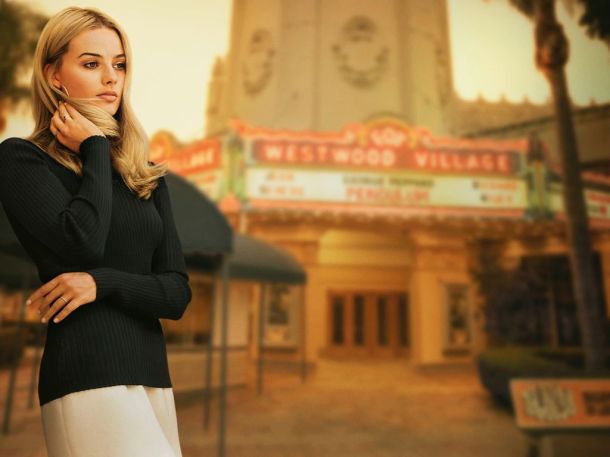 As another main character, Margot Robbie’s Sharon Tate is an interesting one to discuss. She spends much of her time either driving or reflecting on her own impact in a new film she’s starring in. Whether it’s Tarantino’s choice to give Tate a ‘happier’ life is unknown, but Robbie portrays her as friendly, yet slightly distant from the world around her but also very hopeful. While she does have an arc, and Robbie always brings a humanity to her characters, she doesn’t really have much to say, other than hope for a positive response from audiences (in one sequence, she watches her own film in a local cinema, but sneaks in) and generally offer up a happy-go-lucky existence.

Other stand-out performances include 10-year-old Julia Butters as Trudi, she shines and steals a scene with Leo, where she comments on the ‘being’ of an actor and Zoe Bell, long-time QT stunt woman and star, has a glorious scene, out-shining everyone. There’s also Damian Lewis, who’s supposed to be Steve McQueen but he looks more like Daniel Craig with a perm in the Our Friends in the North era, but it’s more of a passing cameo. 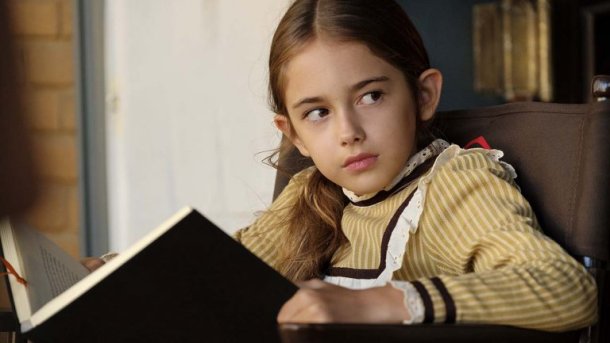 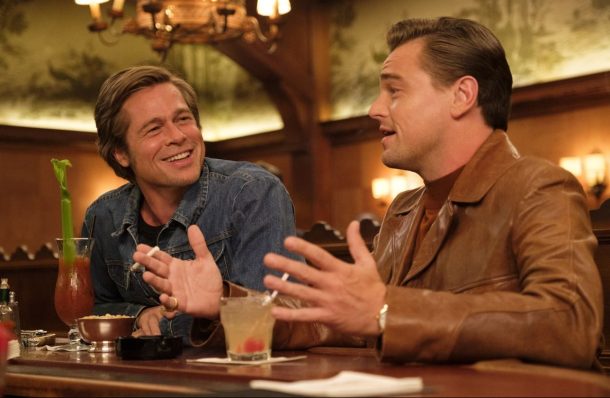 It’s also worth noting whether there are moments of racism or not, and particularly a segment regarding the fake films Dalton had ‘starred’ in. The voice-over line ‘the only good Indian is a dead Indian’ caused a ripple but, in the context of the film, it fits with the era and the type of movies being made. While that doesn’t necessarily make it right, and it brings up the question of whether it needs to be there, the majority of the film is about recreating the time so it could be argued that it fits.  This is a movie within a movie, within a real-life story, with fictional additions.

So, while those two opening acts, in a classic Tarantino 3-story scenario, are smooth, sun-kissed and delving inside the 60s with all-encompassing homage to the era and the actors of that time, the final act will surely be divisive, even for Tarantino fans. He decides, and major spoilers ahead, to completely change ‘that’ infamous moment of Sharon Tate’s fate and does it with his usual ultra-violence and – let’s not forget – he had a deal for the final cut, so a few moments are overly excessive and play out probably longer than they need to. Is it funny? I’m unsure. Is it supposed to be played out with a comic touch? Maybe. Is it as violent as you’d expect from QT? Absolutely. Whether I needed the ‘moment’, I’m somewhat indifferent to but, somewhere, I was hoping he’d be braver and refrain but if that happened, it wouldn’t be Tarantino would it?

Overall, one to sit back with and let yourself slip inside, it’s a hell of a journey, of that there’s no doubt at all.

Once Upon a Time… in Hollywood is out now on Blu-ray, DVD and Digital. Order your copy: https://amzn.to/2RKUKCV

One thought on “Once Upon a Time in Hollywood Blu-ray review: Dir. Quentin Tarantino (2019)”