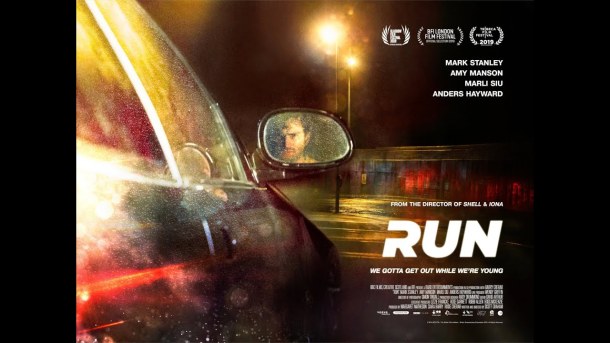 Opening with a quote from the lyrics of Born to Run, one of Bruce Springsteen‘s biggest hits, is a strong move. Where do you go from there? Can the next 78 minutes mirror the legendary status of New Jersey’s greatest musician? In Run‘s case, not quite.

Mark Stanley leads as Finnie, a hardworking family man living in the northern Scottish town of Fraserburgh. He’s the partner of Katie (Amy Manson), father to Kid (Anders Hayward) and young Stevie (Scott Murray). Small town life doesn’t give the family much to do, leaving Finnie and Kid to work in the local fish factory, only to spend their evenings scrubbing the smell off their skin.

We meet the family at a tense time. Kid is at risk of losing his job, leaving Finnie to provide for his family on his meagre wage. Katie’s spending the money they do have on new clothes, trying to bring the energy back to her and Finnie’s floundering relationship. And Stevie’s vying for attention whilst trying to avoid his father’s quick temper. It’s a tense atmosphere in the household and we can see Finnie’s at the end of his rope. 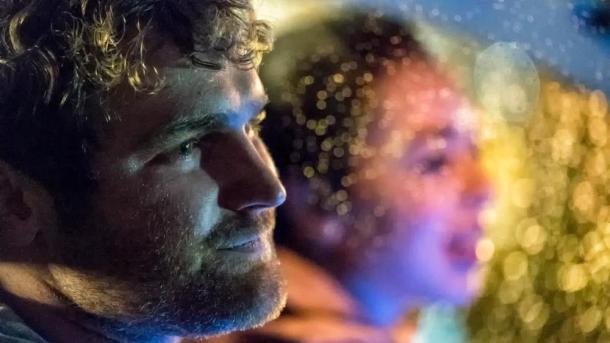 Having spent his youth as a street racer, Finnie covets the freedom Kid has, being able to escape in his pimped out car whenever he feels the need – so he does so, sneaking the keys one night to meet up with a local gang of racers. But his peaceful evening to decompress doesn’t last long when he’s joined by Kid’s pregnant girlfriend, Kelly (Marli Siu), mistaking Finnie for Kid. She confides in him that Kid’s ended their relationship, just when she needs him most, while Finnie lets on that he’s not happy at home. The pair may find comfort in each other, a new, friendly face to break the monotony, but how long can it last?

The third feature length outing from director Scott Graham (after 2012’s Shell and 2015’s Iona), Run tells the age-old story of how life may not always live up to one’s heady dreams. Stanley, seen most recently in ITV’s true crime drama White House Farm, is a strong leading man, playing the morose Finnie with aplomb. The chemistry between Stanley and Manson, albeit crackling with negativity, is obvious – both characters stubborn, sad, and full of love for each other. Siu is the light, naive, childlike balance much needed in a story so full of heartache; her wide-eyed expressions and poppy music choices for hers and Finnie’s evening together contrasts the melancholy cloud filling the car. 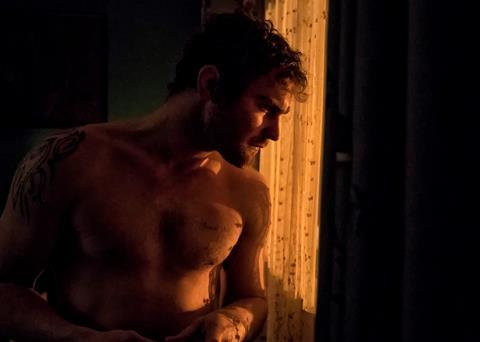 While we open with a lyric, and both Finnie and Katie don matching ‘Born to Run‘ tattoos, there’s no real correlation between the film and the musician. While Finnie’s big dreams and current bored state reflect a classic Springsteen tune, it feels like the relation has been crowbarred into the plot. But would Finnie referencing Bruce as his favourite artist been too ‘on the nose’? Probably.

Overall, Run is a good example of solid, realistic drama, but it doesn’t bring anything new to the genre. Consistent performances from everyone involved, it’s an enjoyable watch, only dampened by the incredibly heavy accent work; set in the outskirts of Scotland, that’s to be expected, but at times I really struggled to understand what was being said, which took away from the storytelling. If you’re interested in seeing Stanley lead the way, I’d recommend it but don’t be fooled by the Fast & Furious-style poster featured online. A petrol-pumped action-adventure this isn’t.