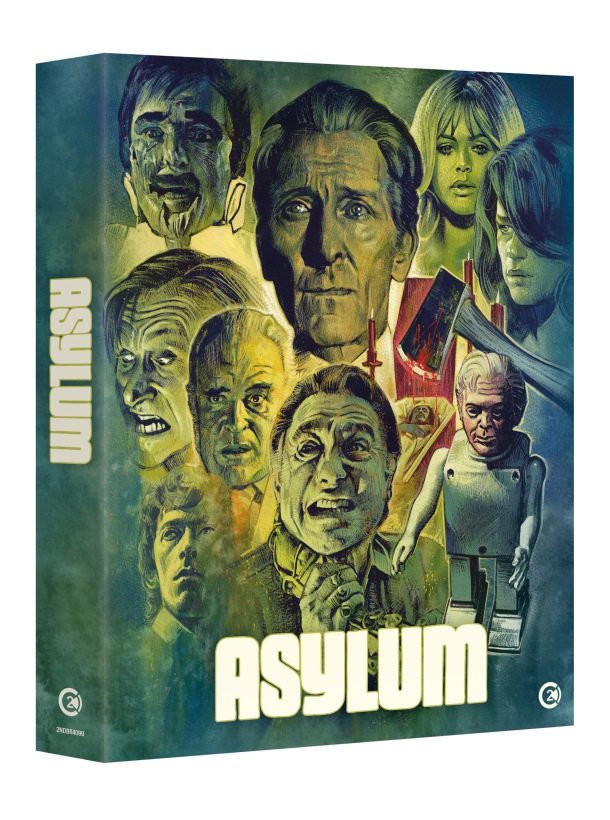 As far as horror anthologies go, you can’t beat the Ealing classic Dead Of Night (the one with the ventriloquist’s dummy). It’s a genre masterpiece, with twee, charming comedy giving way to a sense of palpable dread in the film’s climax. Crucially, it recognises how the framing story is just as important and nightmarish as the horror stories that comprise the bulk of the film. This is often a pitfall of portmanteau horror films , where the framing device is just a flimsy way to compile a series of unrelated stories. Roy Ward Baker‘s Asylum, newly released on Blu-ray by Second Sight, plays with this convention, making the connecting story the most compelling part of the film.

Asylum follows the fresh faced Doctor Martin (Robert Powell) as he arrives at an insane asylum for a job interview. Martin is challenged to interview four patients and identify which one is his predecessor, the mysterious Doctor Starr, who has had a complete breakdown and is now a patient at the institute. It’s a clever device, and adds a level of intrigue to the film as a whole, with a fittingly disturbing ending. The deranged laugh at the film’s climax is genuinely nightmarish, and still sends chills down my spine. 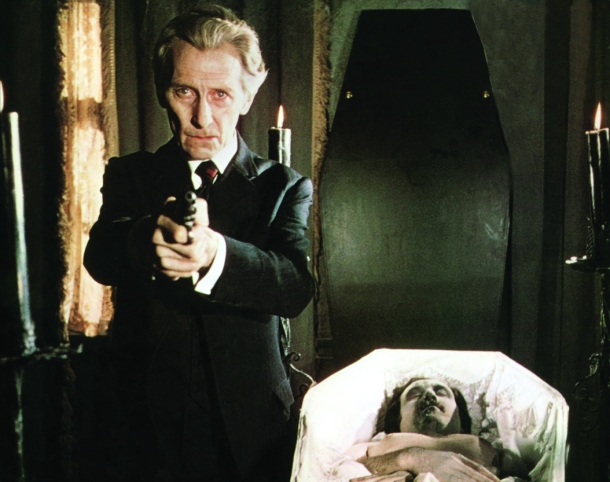 The Weird Barber is an atmospheric tale following a broke tailor who is hired to make a suit from a very unusual material. It’s a great premise that doesn’t do enough with the mythos, and the ending feels rushed. It does however feature a wonderfully enigmatic performance from Peter Cushing that is alternately sinister and poignant. 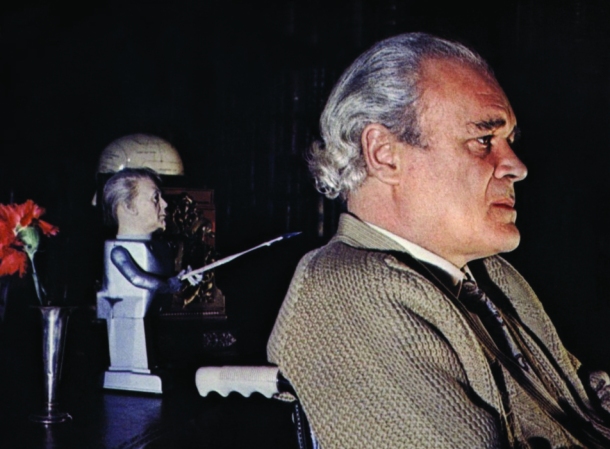 Not all the stories work; Lucy Comes To Stay is easily the weakest entry, with an uninspired plot and a painfully obvious twist. It’s not particularly scary and pales in comparison to the others. Thankfully though, it’s followed by the excellent Mannikins Of Horror. Doctor Martin interviews Byron, an ex-surgeon whose current project is sculpting figurines, which he intends to bring to life through sheer will power. It’s a mad story, but works due to Herbert Lom‘s charismatic, intense performance. It also benefits from striking editing and beautiful cinematography. The moment where we see the doll’s eyes sparkle as it comes to life is truly eerie, and looks great in this transfer.

Asylum is a prime example of an anthology film that’s greater than the sum of its parts. While some of the stories fail to deliver, the intriguing, atmospheric linking story elevates the entire film. Add to this some genuinely creepy moments and memorable performances from Lom, Cushing and Powell and you have a truly macabre treat.

Asylum is out now: https://amzn.to/3ADVMGI