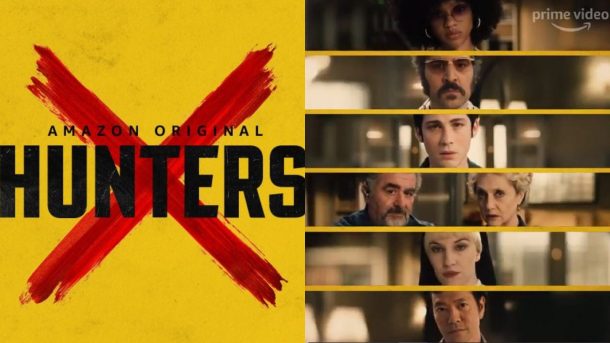 I love a teaser trailer that plays with you and after the first one a few weeks back, this new one seriously twists at the end for Amazon Prime Video’s Hunters, coming in 2020 to the streaming service. Not only does it star Al Pacino, who’s having a welcome renaissance at the moment, but there’s something different happening here and I’m hopeful this is a good thing.

Exec produced by Jordan Peele, as well as being led by the legendary Pacino, Hunters follows a diverse band of Nazi hunters living in 1977 New York City. The Hunters, as they’re known, have discovered that hundreds of high-ranking Nazi officials are living among us and conspiring to create a Fourth Reich in the U.S. The eclectic team of Hunters will set out on a bloody quest to bring the Nazis to justice and thwart their new genocidal plans.

Hunters is awaiting a UK release streaming date, we’ll share when we get it!

One thought on “Check out the intriguing trailer for Jordan Peele’s Hunters, starring Al Pacino, from Amazon Prime Video”