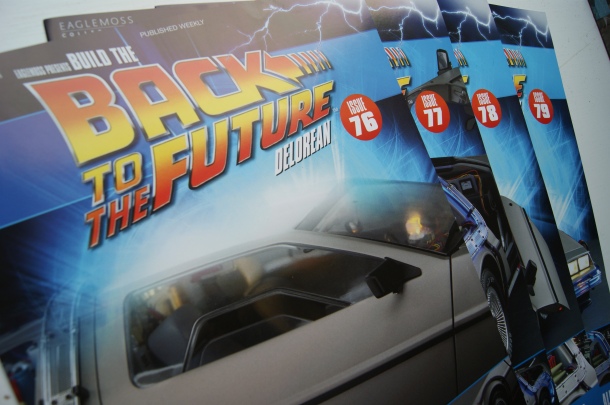 If you’ve ever seen one of those ads that encourage you to ‘Build Your Own [insert awesome thing here]‘ and wonder what it’s all about, well, I’m here to take up the challenge! It helps that I’ve a huge love for Back to the Future and so building my own DeLorean was too good to miss. With Parts 1-75 already done, we move on with the next 4 parts in one handy summary post – smaller than my previous but because it’s looking great!

The last 4 parts I covered were quite similar to these new 4 parts in the case that… there’s not an extreme amount of pieces to put together which is slightly disappointing when you’re waiting for a month, but at least they’re bigger, obvious parts that help the outside, visual sense of the car as these are all front and rear-panel-related. We kick off immediately with Part 76 that brings together the right side front panel and, finally, the left side front panel…from Issue 2 (!) and towards some balance on the front of the car.

Now, I found the screws an issue with all these panels, not quite going in properly or having a much bigger struggle than necessary for something quite straightforward. That being said, on the next 4-parts (coming in a week or so), I’m going to renew my screwdrivers and see if it’s them, rather than me. I’m not doing the ‘blame your tools’ thing but it could be that or, at least, I hope so! 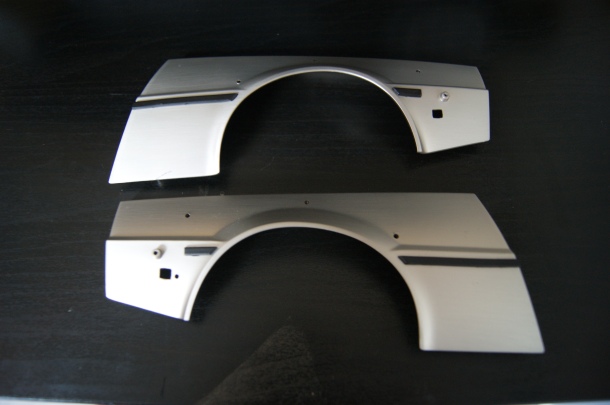 And the other side, it’s nice to have these bits finally covered.

Part 77 is the left side rear panel and takes about 3-5 minutes to add the vent and… yeah, that’s it. Part 78 goes with it and a whole host of brackets, trim and vents. To be brutally honest, these two parts could easily be together and it’s almost rude that they’re separate. I know Eaglemoss have to make their money but if you’d bought this weekly, well, you’d be rightly frustrated.

Part 79 doesn’t get much better, because there was a serious delay for Part 80+ to be sent, and takes a good 2-3 minutes because you’re just adding a vent. Granted, there’s more to come but again… it hardly requires you to do anything which for the cost is a let down. See the images below to where we’re at, and note the trim that doesn’t quite line-up from the doors to the panels. They could do a lot better but, alas, we’re getting somewhere?! More to come soon…

A bit more interesting on P78

If you want to sign up now to Build Your Own Delorean, from Eaglemoss and Universal, it really is simple to get involved – Also, follow my blog along the way as I endeavour to prove that anyone can do this and it can still be rewarding.